I met both artist during the International Voce Spettacolo Film Festival in Matera, in Basilicata, Italy. Our interview was recorded by Andrea Bianchi, the VSFF photographer . With “the best director” Arroyo and his “the best actor” – Montiel we talked before the public about all the process of filming, the great acting of the main protagonists, the difficulties on set, literature and art influences. At the moment Juan is preparing a new film in Paris and Andrés will have a part in a Mexican costume film. I am sure we will meet again to chat about their growing careers.

In your film ”Day Six” there is a love triangle, envy, passion, poetry, lots of theatre and a certan woman named Carmen – Ofelia. By any chance, is Shakespeare your favorite writer?

JPAA: I don’t know if he is my favorite author but yes, he inspired me to make this movie. I think, Shakespeare was a philosopher more than a writer and, without a doubt, his thought feeds my scripts. His stories, the way of thinking and analysing the world, are always a base for me.

Not everybody knows that Shakespeare published the poems and the triangle you described in ”Day Six”, its permanent element.

JPAA: Yes, the Shakespearian conflict is always perfect for a film. It’s a great canvas to cut and work on. His dramatic conflicts are very important.

Do other authors inspire you as well as William Shakespeare?

JPAA: I love classic authors and I like contemporary Mexican and sarcastic authors. One of them is Octavio Paz, Nobel laureate, who analyzes the world. In ”Day Six” we have the triangle of 3 people and it is an universal question. For that reason lots of people of different cultures identify themselves with my film. The people and problems we find there are universal, as in the literature of Paz or Shakespeare.

Yes, your film is about universal questions: love, life, death and especially illness, suffering. We have here a very sick young woman, dying. It is a very strong accent in ”Day Six”.

Yes, it is a unique phantasm that we all have or we all be close to. I too was very close to a serious illness, my dad, my family, so for me this theme is very personal. 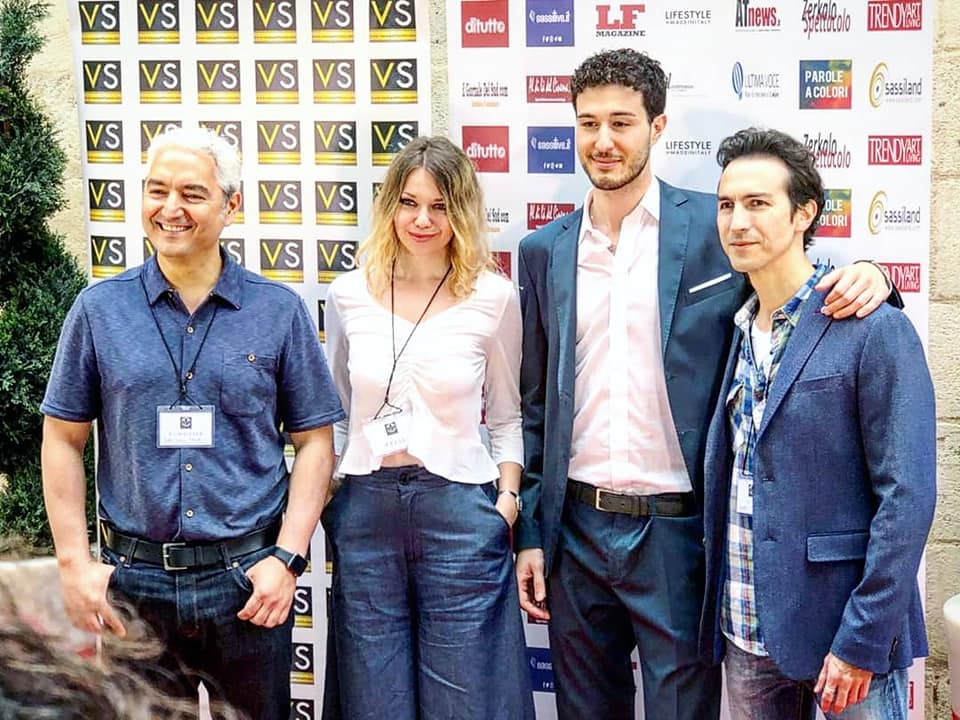 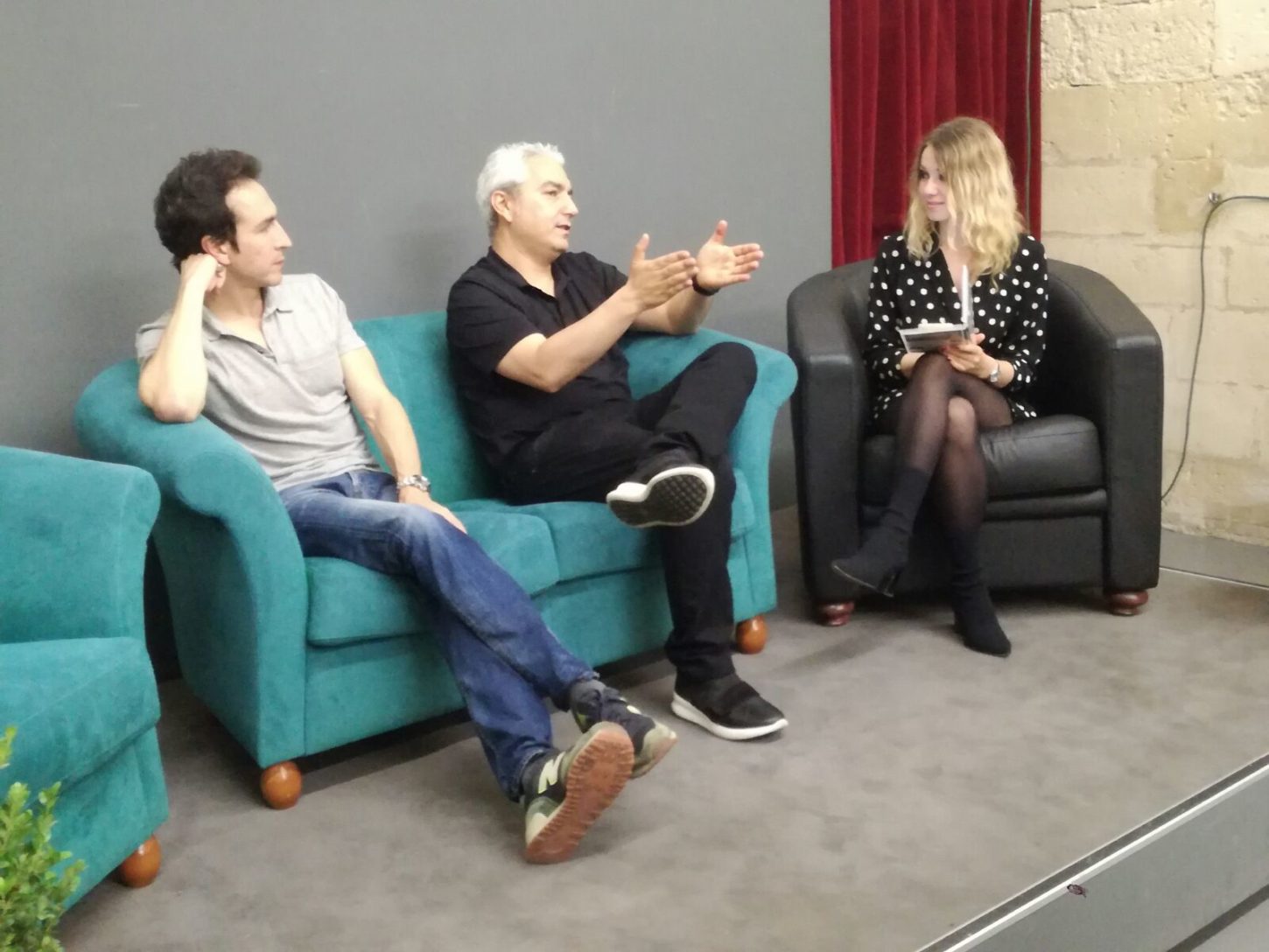 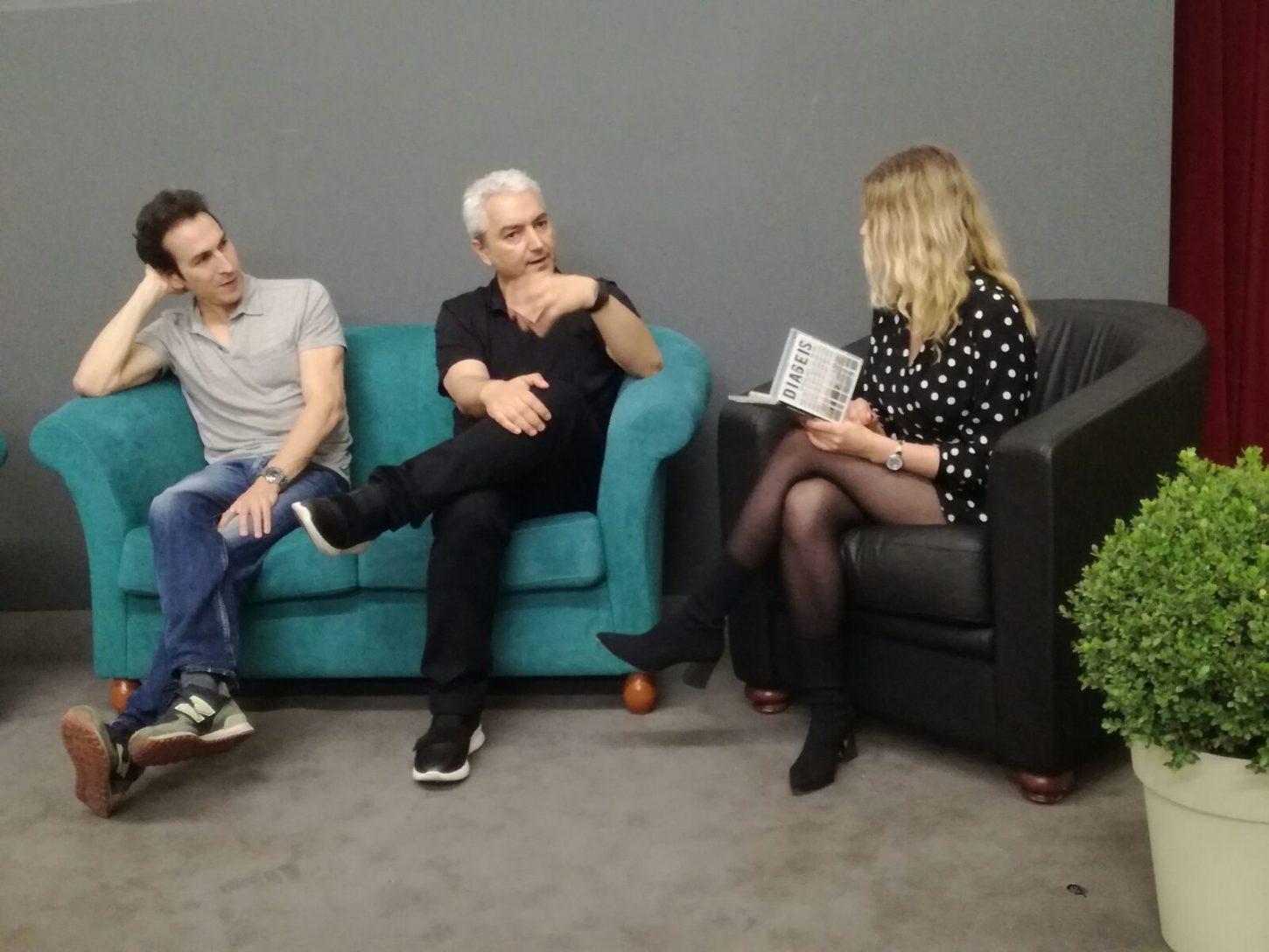 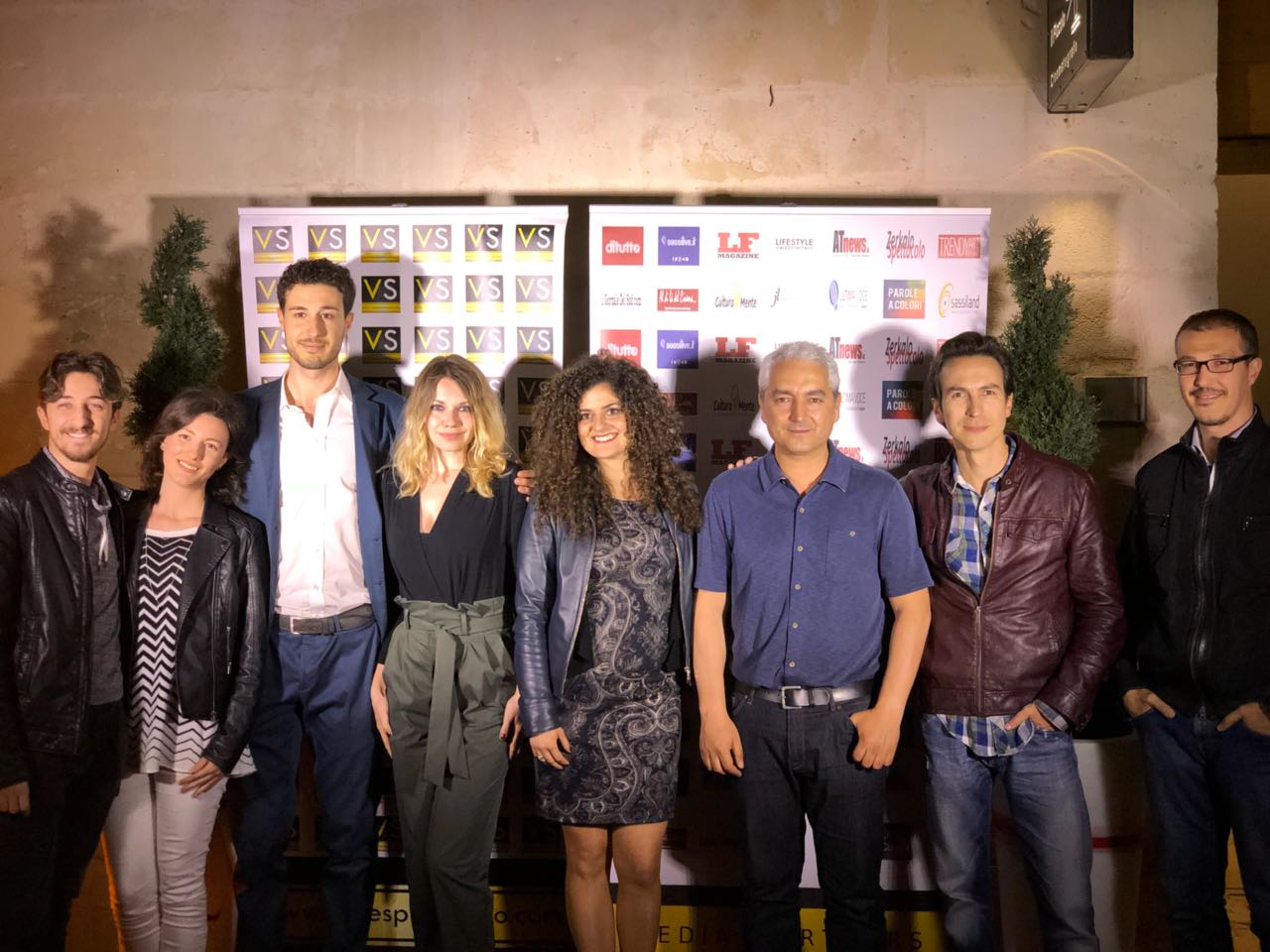 During the Matera Voce Spettacolo Film Festival you said, that your movies are poetries and present double human personality. Indeed, your camera captures all the details which makes your movies very intimate and the rhythm of your film is like reading poetry. Is this your style of filming?

Yes, I think it is my style: a little bit contemplative, poetic, slow and realistic. By the way, I like editing very much. The first version of the film was very dynamic and it didn’t work. I wanted to put the viewer inside the mood of the film, that’s why I chose the slow rhythm. We, humans, are slow, even if we run our whole life. If I had made it a movie like ”Snatch”, this story wouldn’t have worked.

I see you like to give to the viewers moments of reflection.

Time in the film is everything. On timing depends human communication and relations. If the timing is not good there is no connection and no reflection.

Talking about time, the title is a concretely specified time – six days, and after that there is a death. Could you, Juan and Andres, imagine yourself with 6 days of life left?

AM: It’s a very heavy thought. Personally, I try to live all my days like the last. Reality is now, real life is happening now. We can ask, what we will do next year or in 15 years, but we don’t know. Most people tend to think about the past or future and we forget that the most important is here and now. We, actors, we have been taught in acting schools that only now and here counts. Well, If I had only 6 days of life… I would live every day richly without thinking that I have only 6 left.

...and would you stay one day more in Matera? [laughing]

JAPP: If I had only 6 days of life, I would gather people that I love and I would hug them till my death. I have done everything in my life. I traveled a lot ad I lived a lot of emotions. 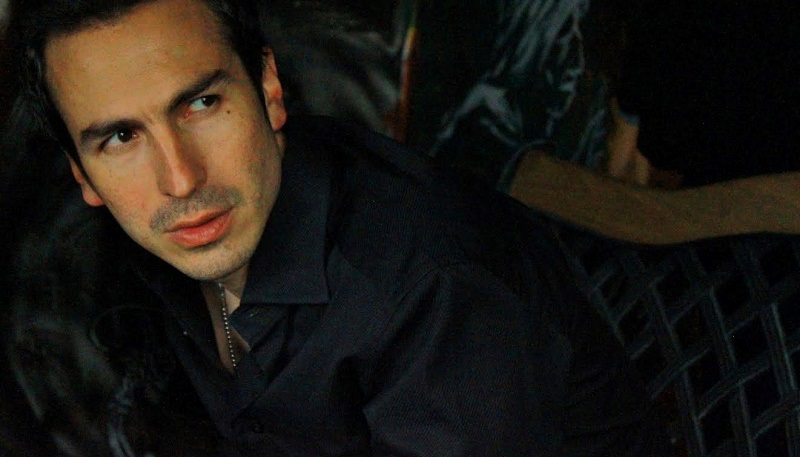 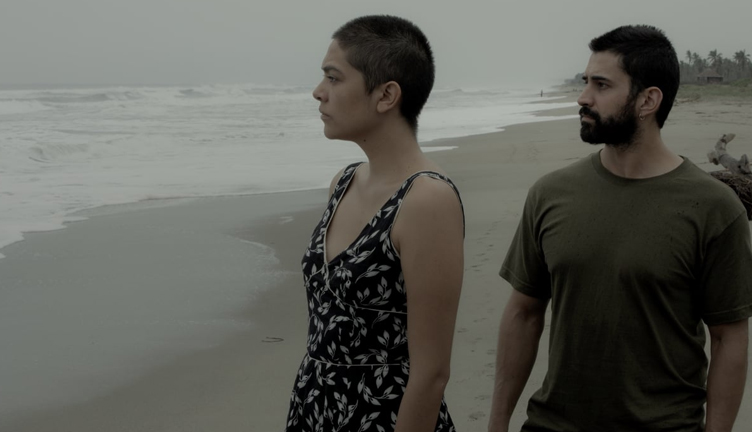 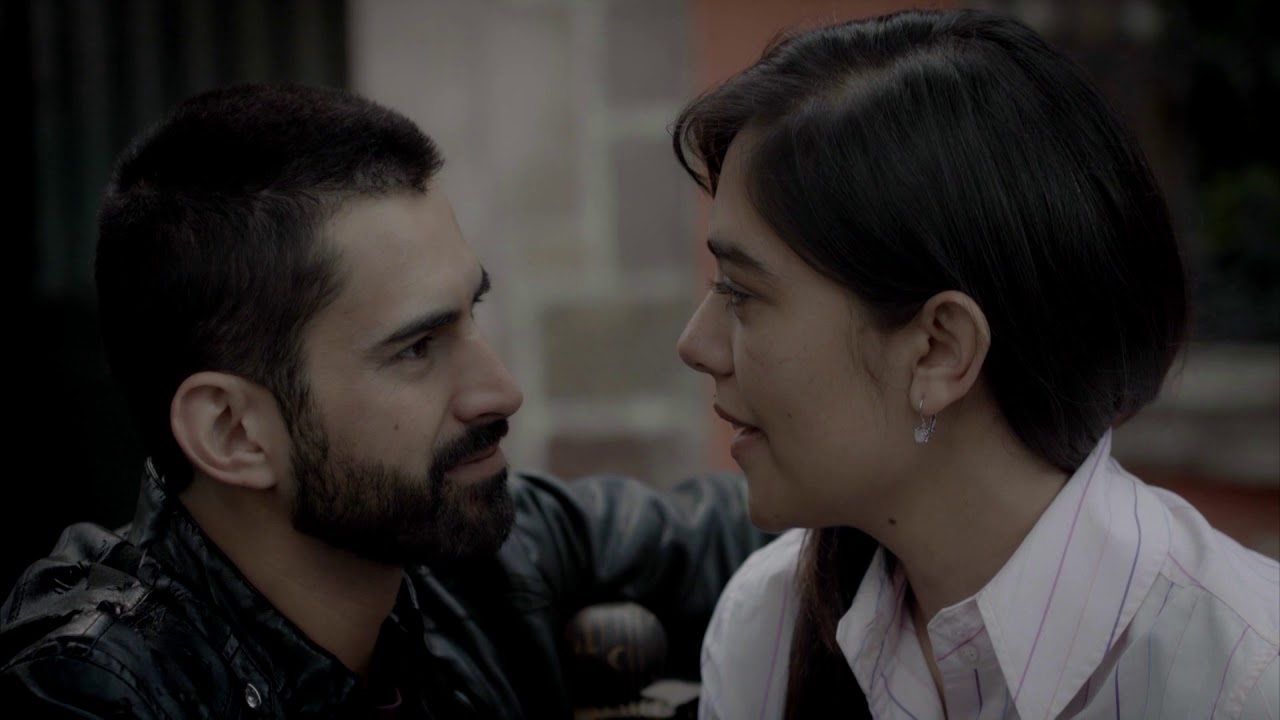 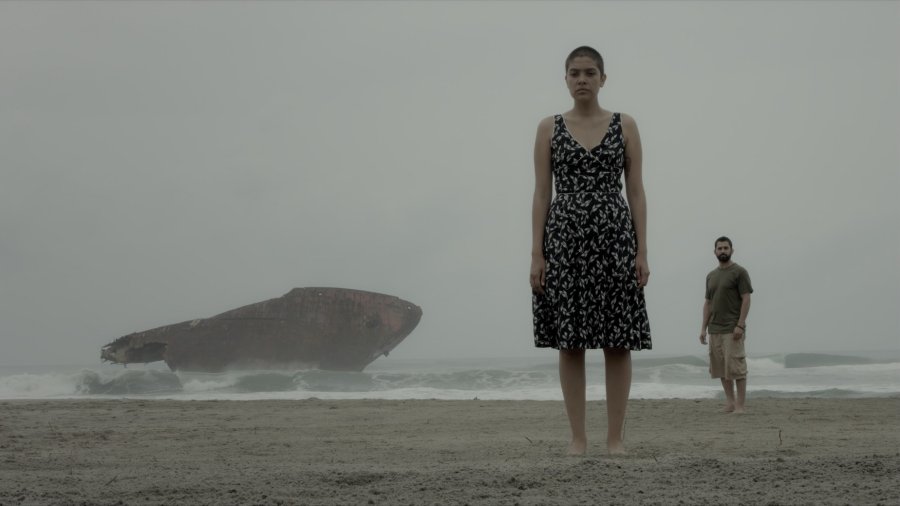 Your film, ”Day Six”, is worldwide multiple award winner in various festivals. Was it a surprise for you? Where do you go now to win another award?

JAPP: It was a very big surprise. I didn’t expect it. I participated in many festivals during the last two years. The next festival is in Nice, France, where we have 7 nominations. My film is very personal and intimate. I didn’t make it thinking of festivals. I wanted to satisfy my need of being a director. I created as a serious movie respecting the viewer, without pieces of folly. Let’s take Picasso example, to deconstruct you first have to build. In this, ”Day Six” is a well structured movie (internal action).

So good you mentioned Picasso. The form of your movie is the other thing I would like to talk with you about. You decompose the composition. It’s not a classic regular composition from A to B. Everything starts from the end. You use simultaneity and reversions.

The story I tell is very normal, dramatic but common. This form – defragmenting the time and changing the order of time – gives it more dynamism and generates more surprise. My first image was two people going to the seaside, that’s the beginning and the end of the film. Then I built all the rest around that.

Andrés, you are a well known actor in Mexico. You worked with many directors. How do you find working with Juan Pablo?

JAPP: Maybe I will be back later… [laughing]

AM: Look, sincerely, I was lucky. I was coming to Juan Pablo’s set from the other, very bad film experience. It was one week before, a true disaster! I risked not playing in this film, but fortunately it never happened and now we can stay here together. I don’t like comparing one director to another, but in this case it is inevitable. When I started working with Juan Pablo I again felt very good, as an actor should feel. In contrast to the previous experience where the director was very hard and rigid. Juan Pablo gave to me lots of freedom.

In your opinion, is this the right way of directing? To leave actors free?

AM: Of course! Cinema is a collaboration of many people to realize the same thing: a movie. When the director, the captain of the ship, is very rigid with the actors and limits them, he can easily let his ship sink. The best collaboration in the cinema is between director and actor, thanks to it the scenes, previously only on the paper, grow and become magic.

Should we expect you to collaborate again in the future with Juan Pablo Arroyo Abraham?

JAPP: Maybe we will do a film here, in Matera.

Juan, in which period of time did you realize your film and if the selection of the actors was difficult for you?

JAPP: The casting was the most complicated. We have lots of changes, Andres almost canceled. We had more work. The actress (in film Carmen) is from my city, the problem was with Andrès (Joaquin in the film) and David Medel (Pablo), the other actor. They exchanged characters. How long did it take to realize? 5 month of pre-production, 1 month of filming and 7 month of post-production.

6 days from the title in one year. Incredible!

JAPP: Yes, it was a year, more or less. Making cinema takes a long time. I based a lot on my director of photography, from Spain, Anna Soler. She helped me a lot to create the right structure to the film. She mostly helped me with post-production. The filming was perfect. The climate was also great. We were afraid of a coming storm on the beach but it never came.

What time of the year you were filming?

JAPP: It was June.

It doesn’t seem like it. It looks very mythical.

JAPP: Yes, because you can see only gray and little blue of the sky. Always cloudy with no sun or rain. The sun is life, here there is no sun, there is death.

AM: Anna, didn’t want the beautiful beaches of Mexico for that film. We were lucky to find this weather.

JAPP: I wanted in ”Day Six” the beach like in Ingmar Bergman’s or Andrej Arsen’evič Tarkovskij films. They too are my inspiration.

My last question. We are all very curious what are you planning for the near future? What are your next cinematographic projects?

JAPP: I have just been talking before about it with my wife, Karina. I would like to follow the subject of sin and emotions. Almost for sure I can say we will be filming my next film in Paris. It will be about a philosopher that lives on a boat. His friends all changed their convictions, he has remained the same and decided to live in harmony with his ideals. One became capitalist, another a USA senator, director of the Mundial Counter or pedophile priest. We have here the world of human controversial icons. How the film will finish, I can’t tell you now. The other idea for a film is film like Day Six. Now I am writing one… Day Eight [laughing]. I still don’t know the title. And you, Andrès?

AM: I have a proposal for a movie in Mexico with a director I like. It will be a costume film, years 60. It’s a love story, a secretary, that falls in love with her boss. The director want to film it in 17 mm, a format we don’t use anymore. We will see what comes out!