THE FABULOUS WORLD IN #love

Whenever we talk of entertainment, what comes to mind first is probably one thing that is dominant in almost every scene, Music..! Ever heard of an entertainment without a sound! Not just sounds! But well choreographed sounds to march different enviroments and circumstances ranging from aesthetic pleasure, religious or ceremonial purposes…may be the list could be endless! Perhaps you will agree with me that where there’s no music sound then there is no real entertainment. But nonetheless, for music to dominate any scene isn’t just about the sounds produced by the equipment. It takes a brilliant person behind its composition and production to make it a success.

For any song writer and producer to succed, they should focus on making a hit right away after production. And Alberto Donatelli of AP Beat band from Rome is no exception. The single hit “ The eyes of Alessia Merz”, produced by brothers Andrea and Paolo Amati, written and composed by Donatelli in his first discography rock CD made him famous. In the CD there is a Donatelli’s cell phone number which actually is still active, fifteen years on. Not so common with an artist to have their actual cell phone number on the cover of an album. The CD has also other great songs written by Donatelli and realized by Italian media (Radio2, Music TV e.t.c)

With Donatelli’s brilliance in song writing, the AP Beat was greatly inspired and went on to rock even harder with the launching of the album “Vanina” in 2006 and “Keep off my garden” in 2009. Another Donatelli’s album “Rainbow profile” followed 3 years later in 2012. With His cell phone number right on the back of his first album cover, his phone is always overwhelmed with calls and text messages from funs on every music performance. It wasn’t “crazy” to have his phone number for his funs!

Today, after years of rocking the entertainment scene, Donatelli has summarized his great work of music art into one album “The fabulous world of Alberto”…(Pre-Rock). The LP is available on major online stores including iTunes and Amazon. Presently Alberto Donatelli is working on a new album expected to be out some time in 2016. And He exclusively hinted to me, it could be “the last album”. He said: “ Every great thing tends to have an end”. Not by chance his “final album’s” title will be #Love…!! It’s a dedication to his funs and a goodbye to his fine team of band members, collaborators and artists such as Tricario, Valerio Rossi and many others who were with him throughout the fifteen years of his music career.

Given the title of your new and probably last album due next year, what does it mean to you?

Love, in the last decade, I finally understand what it means. Where it is, what it “feels” and how to recognize! Love is the Truth. My next album is entitled #LOVE … maybe, just maybe, could get out in a year or never . The executive production should realize it after a year of delay and now another “delay” time is not determined. I don’t think you will find short release: who knows if I will keep the end of the Guns & Roses (pardon the blasphemy for having compared even remotely to the legendary rock band) and my last album will be released 14 years after the previous one?

How long have you been in America and how did you arrive at the idea of singing about September 11th?

My love for the USA, and not only culturally, was always inside of me. I went to America in the spring of 2008, I spent about two weeks in the US, from New York to California, passing through Florida (but also Canada and Mexico). Well, above all and after all, having seen firsthand the tragedy of the location of Ground Zero, in the heart of Manhattan, I strongly felt the need to give and do something in my small way to the US. For this reason I wrote, produced and released the song OMILS911 (One Morning In Late Summer – 9.11). This track is available ONLY in iTunes stores in the US & Canada and ALL the proceeds of the downloads are donated to the families of victims of the ‘September 11, 2001.

After 20 years of career you have decided to say goodbye. Will you ever come back to singing? How do you imagine the new phase of life?

Yeah … I’m not able to call it career … I see it as an “important experience”. My career started about 20 years ago. I’m proud of and pleased with that. Of course, it could be better if it didn’t happen. Somehow it’s obviously my fault, or simply didn’t had the right skills. In a “friendly” and hobby way I wrote material that will soon be used for the Cd of a young emerging singer, maybe I’ll stay in the shadows occasionally to do something, without appearing. Maybe I will play with some friends of mine, in some small live-music clubs, singing few songs. I can also do it, so, unplugged … why not? The new phase of my life I imagine more focused on something important in general and not “only” for me. I thought a lot only for me in my first (!) almost 42 years. Now, at the halfway point, say, I’ll be doing much more not only for finding my fill. 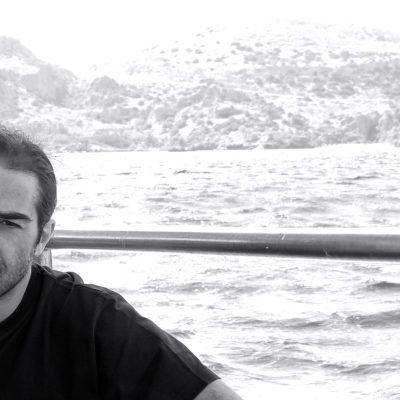 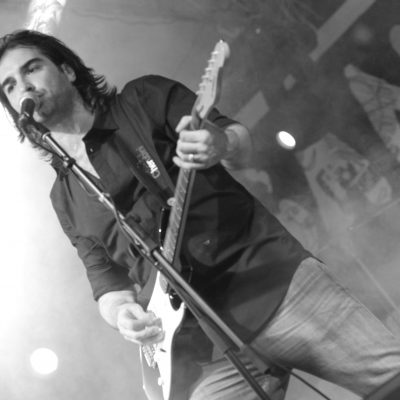 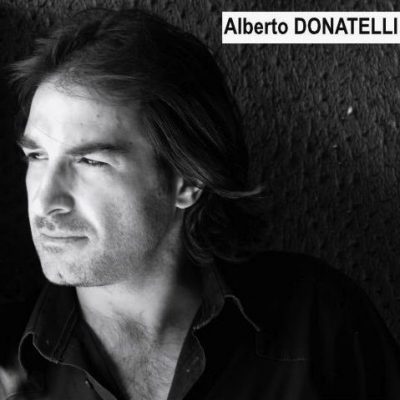