Charming, very handsome, shy, devoted to work and surfaholic – are just a few words that better describe, Sergio Múñiz, Spanish, originally from Bilbao. The former top model, known to the international public from Burberry or Guerlain ads, now continous his career as a television and stage actor in Italy, his second home, where he is considered a celebrity. In the interview online released for JL Interviews in January 2017, Sergio does not talk a lot about himself. With famous discretion, says only his due.

Múñiz in Cuori Scatenati comedy, 2017 after his great success in the television reality show Celebrity Survivor in 2004 (the winner of the second edition), he made his debut as an actor in 2006, first in the Spanish production Los Borgia directed by Antonio Hernàndez and soon after began to appear regularly in the very famous Italian TV series such as Squadra antimafia-Palermo oggi 3 and I Cesaroni 5. This winter it was possible to see the Spanish actor in theaters all over Italy, in a comedy written and directed by Diego Ruiz, Cuori Scatenati [Wild Hearts].

Having finished the Winter season in theatre, in the next few months “the boy with curls”, as he’s called by Italian press, will take his deserved vacation. As he said to us, maybe he would return to his old passion – music and prepare a new album. “Who knows how it will come out“, he added. The last EP entitled Playa, produced and together with Jontom [Roman musician], was preceded by a single La Mar in 2009 and came out in 2014. Although that profession isn’t his main activity, we are sure Múñiz in Cuori Scatenati comedy, 2017 will surprise us again.

Sergio, you are a Spanish model, actor and singer but you decided to live and work in Italy. Why? Is it easier for you to work in a foreign country and in a foreign language or is there something more behind it?

There is nothing strange about my decision to live in Milan. I arrived in Italy when I was 19. I was trying to start my career as a model. For this reason I spent 10 years in Milan as my base. Then I had the opportunity to take up acting, that has always been one of my passions. Of course it is not easy to act in a different language, but in the end it’s not a bad thing.

What were the breakthrough in your life that made you change completely: moving to Italy and transforming yourself from International Top model to Tv and Theatre actor?

I arrived in Italy in 1995 and I worked as a model all around the world. Like I said before I was always based in Milan. My life completely changed when I had a big TV success in the Italian program Survivor. Thanks to it I had the opportunity  to start my career as an actor.

How is your relation with your country and your native city, Bilbao? When you go home, what places in Bilbao are your fixed reference points? Does Milan, where you presently live, recall your home city in some way?

My family still lives in Bilbao. I don’t go to Bilbao as often as I would like, maybe 3 or 4 times a year. My reference point in Bilbao is the sea side, where I can surf. Milan does not recall my home city in almost anyway, but it is an easy place to live in.

In 2004 you won the 2°Season of an Italian edition of Celebrity Survivor [L’Isola dei Famosi]. Being “imprisoned” there, have you ever thought about Orwell’s “Big Brother is watching you”? What do you think now, after all those years, about Tv reality shows? Would you repeat this experience today?

For sure I will never repeat that experience but I absolutely don’t regret it. During the program, for my psychological well-being, I didn’t think too much about the “Big Eye” of TV but I confess that it was a shock for me  to come back to reality. The popularity hit me. TV can be a huge beast, or a huge opportunity. I tried to get only the best from it.

On various networks you demonstrate openly your love for the sea. You go surfing (even in Italy) and sings songs about it like La Mar (“amo lo que tu me das tus olas y tempestad”). Haven’t you ever thought about getting involved seriously in some environmental organization or to found one by you?

Of course, I go surfing in Italy as often as I can. I’m always open to collaborate with any environmental organization, for example Italian Legambiente, but I have I never thought about founding one myself. 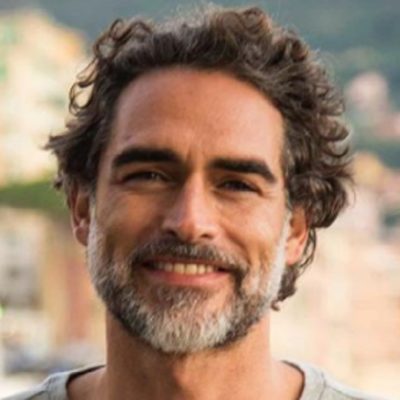 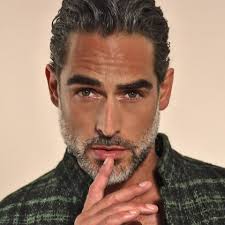 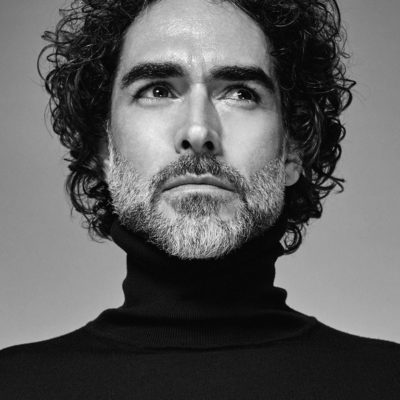 You are famous everywhere as a model for many Tv advertisings such as Burberry, Huawei, Guerlain, Brema and more, and in Italy you are mostly known as an actor for famous Tv sequels (Squadra antimafia-Palermo oggi 3, Maria di Nazaret, I Cesaroni 5). Will we wait long to see you again in an ambitious feature film, like Los Borgia (2006), directed by Antonio Hernandez, by the way, where you were excellent?

Thank you. The last cinema movie I acted in just came out a few months ago in Italy and it’s called “Prima di lunedì” [Before Monday]. It is an Italian comedy, but not as ambitious as “Los Borgia”. For now my future programs are in the theatre.

As actor and model you have never been afraid of nudity. You have had many “nude” scenes on the set. In 2016 you were even part of the book: “The Poetry of the Body” by Alex Giacomelli and you said in one of the interviews that the nudity didn’t embarrass you. How is it that you are not embarrassed? Or maybe there was a time, a scene, when you did feel embarrassed?

I don’t work as a model very often, it has now became an occasional job. As far as nudity goes, actually I’m very shy. But if I have to work, if I have an excuse for the nudity, I do it with no moral problems.

Why, especially in our times, nudity means beauty and marketing success? It is everywhere and not always it means poetry! What does a true beauty mean for you?

It depends very much on your taboos and conditionings. I agree that it doesn’t always mean beauty, very often it’s just provoking.

Tell me about your passion for theatre. “It was only in the theatre that I lived”, Oscar Wilde said. Is it the same for you? What do you feel during your live exhibitions? Which of your performances do you consider the best?

As Shakespeare said “Life is a theater”. Theater is a window on real life. During my live exhibitions I only feel what I have to communicate to the audience. My best performance is always the next one.

The New Year 2017 has just began. Where could we see you, the actor in the upcoming months (Winer/Spring)? Would you also like to go back to the music or surprise the world with something totally new?

I’m on a tour with a Cuori Scatenati comedy around Italy until the end of February. Then I would like to go on holiday. I have some ideas about future music projects, but who knows how it will come out.

Spanish actor as Juan Borgia in The Borgia, directed by Antonio Hernández, 2006