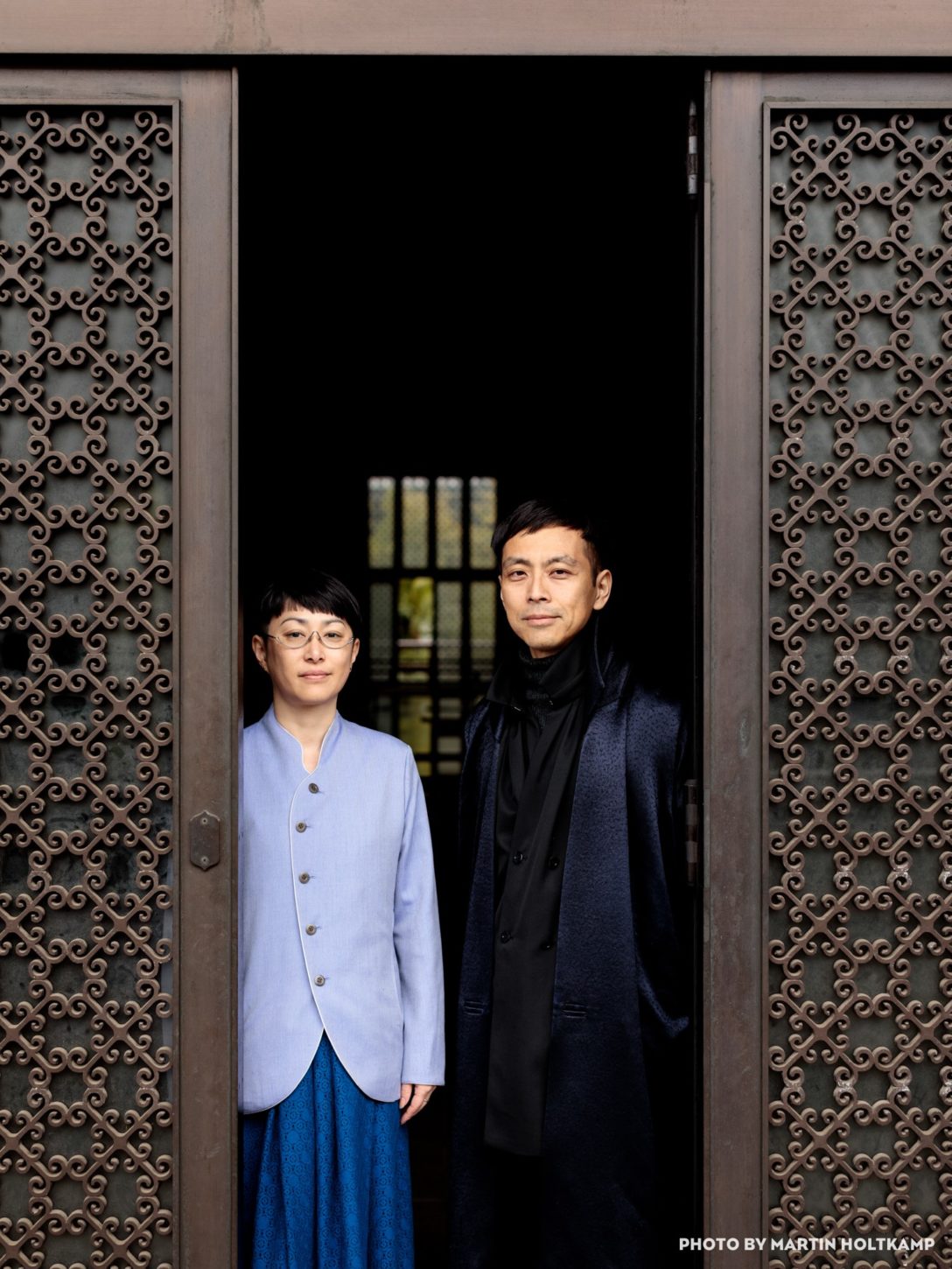 This is not the first time I have interviewed matohu, Hiroyuki Horihata and Makiko Sekiguchi, a famous fashion duo from Japan, exquisite people. Since we met in Milan during Tokyo Designers Week, in 2014, until today, matohu has never ceased surprising me. Every year their company keeps growing and the brand, promoting the proper design and their own culture, is becoming more popular over the world.

For the first series of collections of 2005 matohu drew their inspiration from the Keicho Era (1596-1615), dedicating the label’s debut to samurai and tea ceremony master Furuta Oribe (1544-1615) and methodically exploring the textiles and arts of the period over the next five years. Since 2010, matohu included Japanese aesthetics as a whole in each collection. The Japan Times called it a revelation in its own.

British Vogue was delighted with the beauty from the matohu Autumn/Winter 2018 Ready-To-Wear show in Tokyo on 21 March 2018 as much as the Japanese and Italian edition did in 2011 with Spring Summer 2011 collection and in 2017 with Tokyo Fashion Week Winter where they successfully participated. It shows that the traditional kimono never goes out of style.

Their line is simple, elegant and colorful. Their clothes can be bought, as they said, anywhere. They are made in Japan 100%. Every collection has a Japanese name and is based on a theme. This is not only fashion, it’s a philosophy that can become addictive. Their new work is entitled nagori that means “vestiges”. Look behind which vestiges left matohu this year on international catwalks. 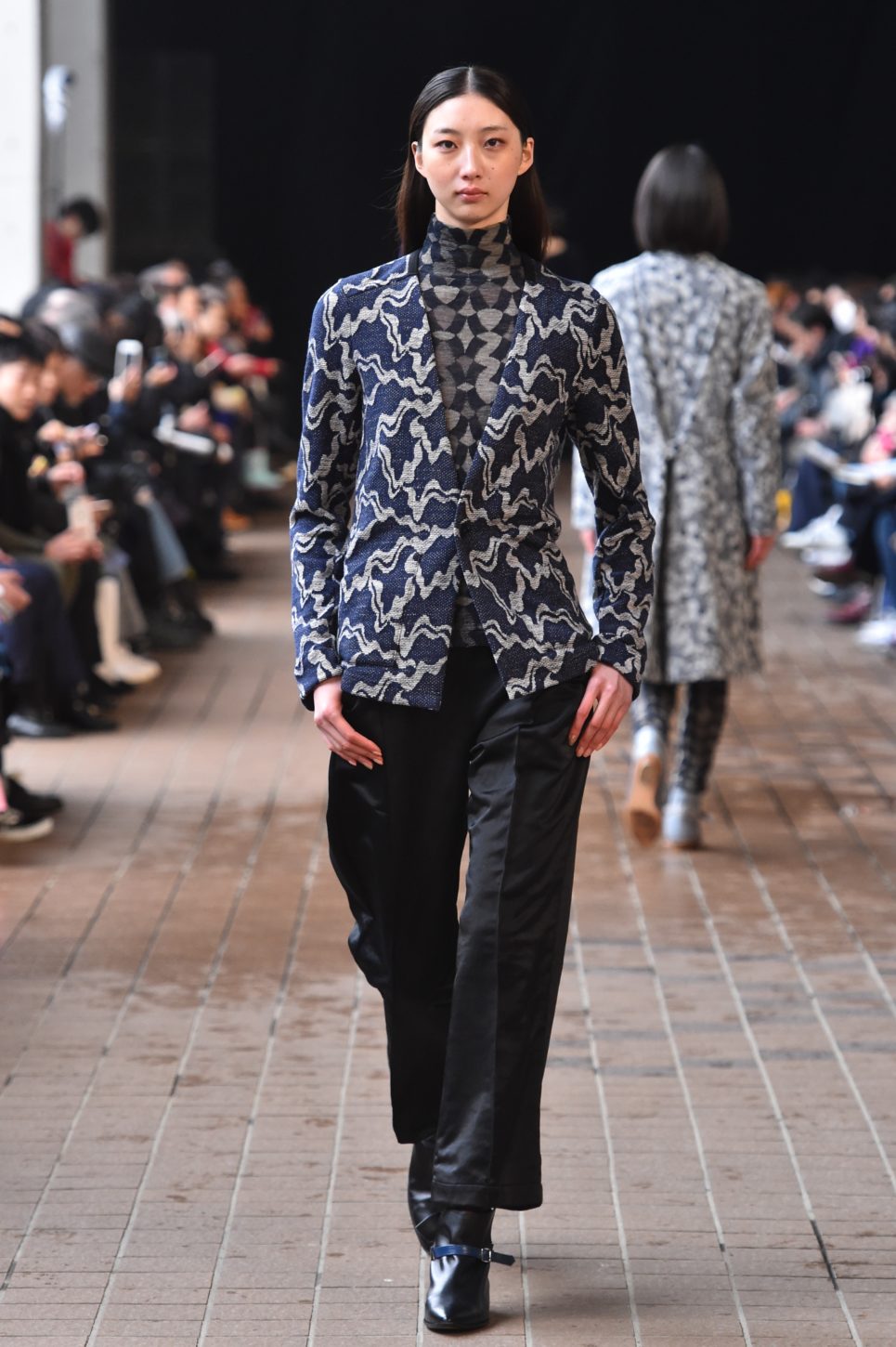 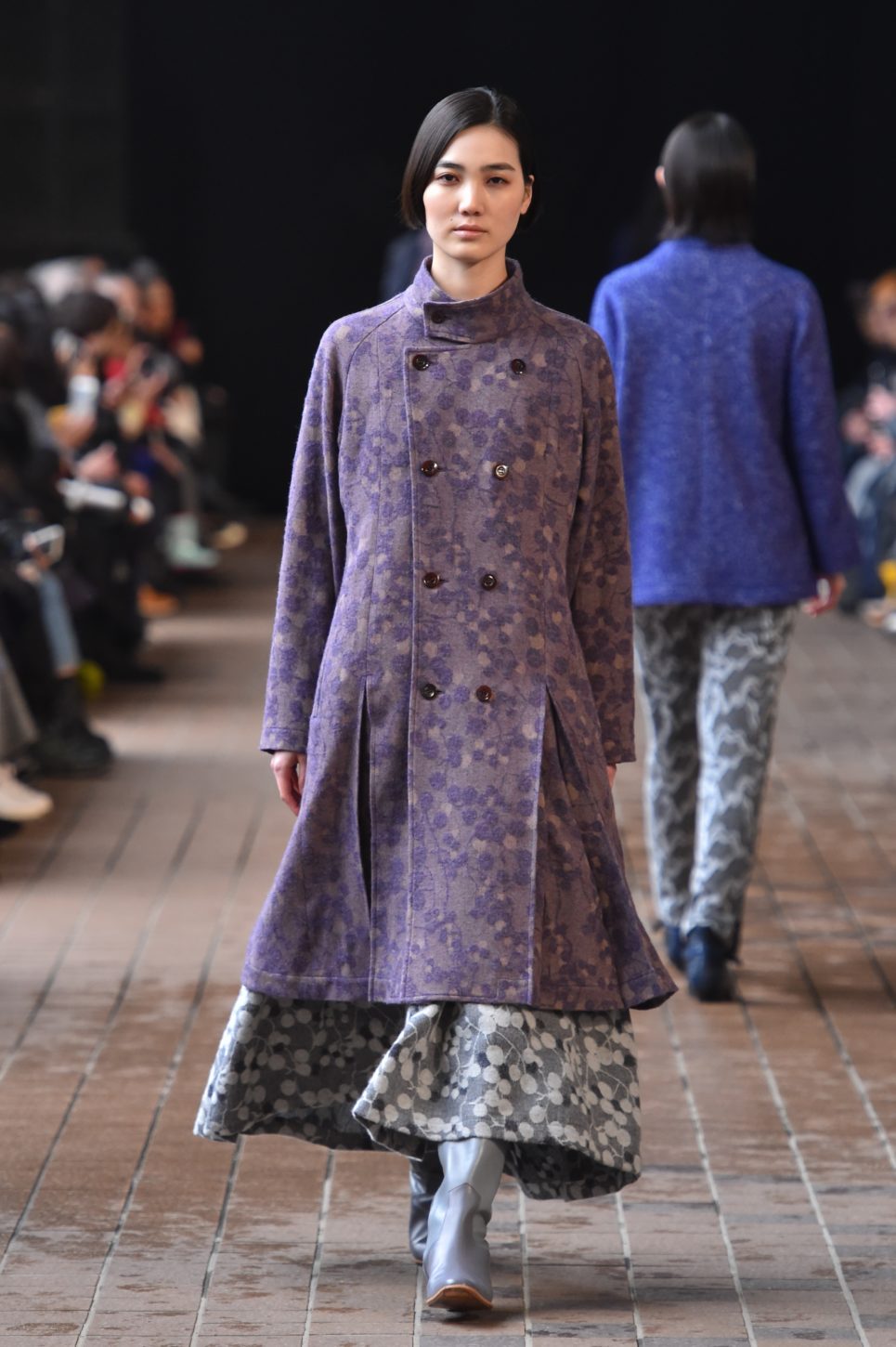 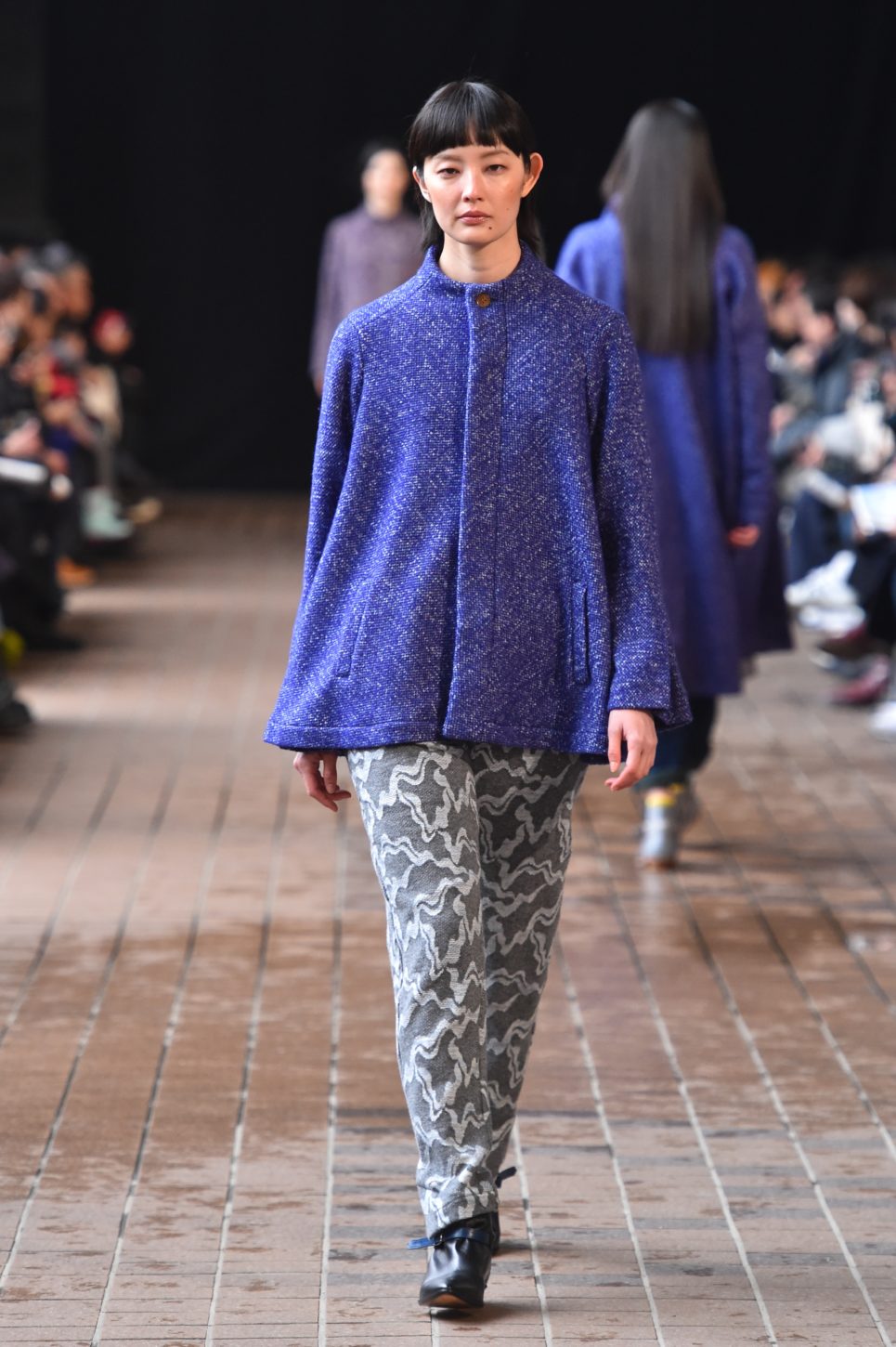 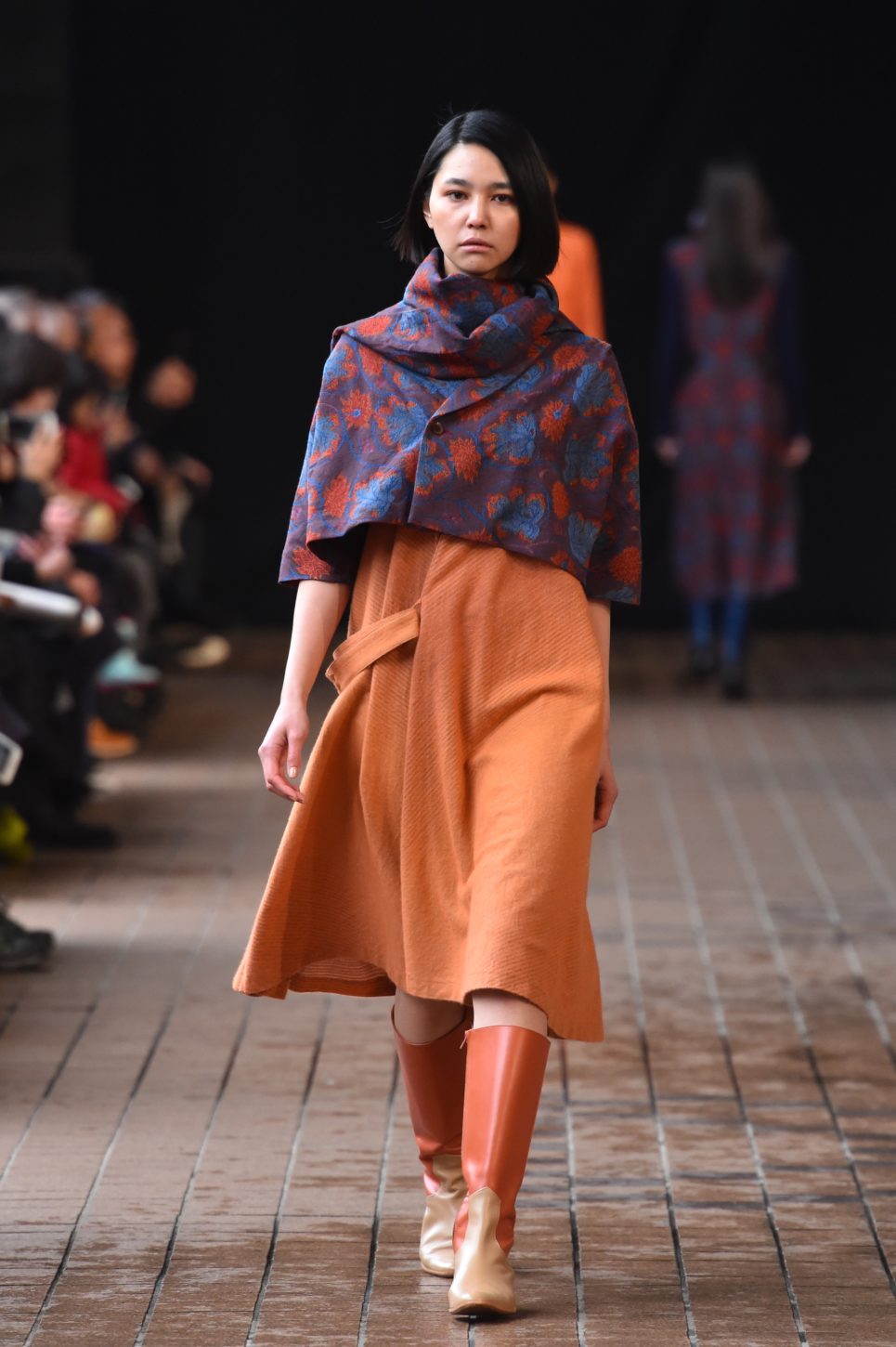 You are a very popular Japanese brand. What does matohu mean in your language? What philosophy is behind it?

Matohu is a Japanese verb that express “softly wear”, usually is used when you wear Kimono. This verb can be used not only when people wear clothes but also when expressing an atmosphere or fragrance. Our clothes are designed beyond “clothes”, also including the atmosphere around them.

You have a shop in the center of Japan. Do you plan new openings abroad?

Currently we have a number of tourists from many countries for the 2020 Tokyo Olympic. We also have people seeking the culture and history that only Japan has. I have a feeling that I would like those people to wear matohu’s clothes. I think it would be a deeper communication in the end. 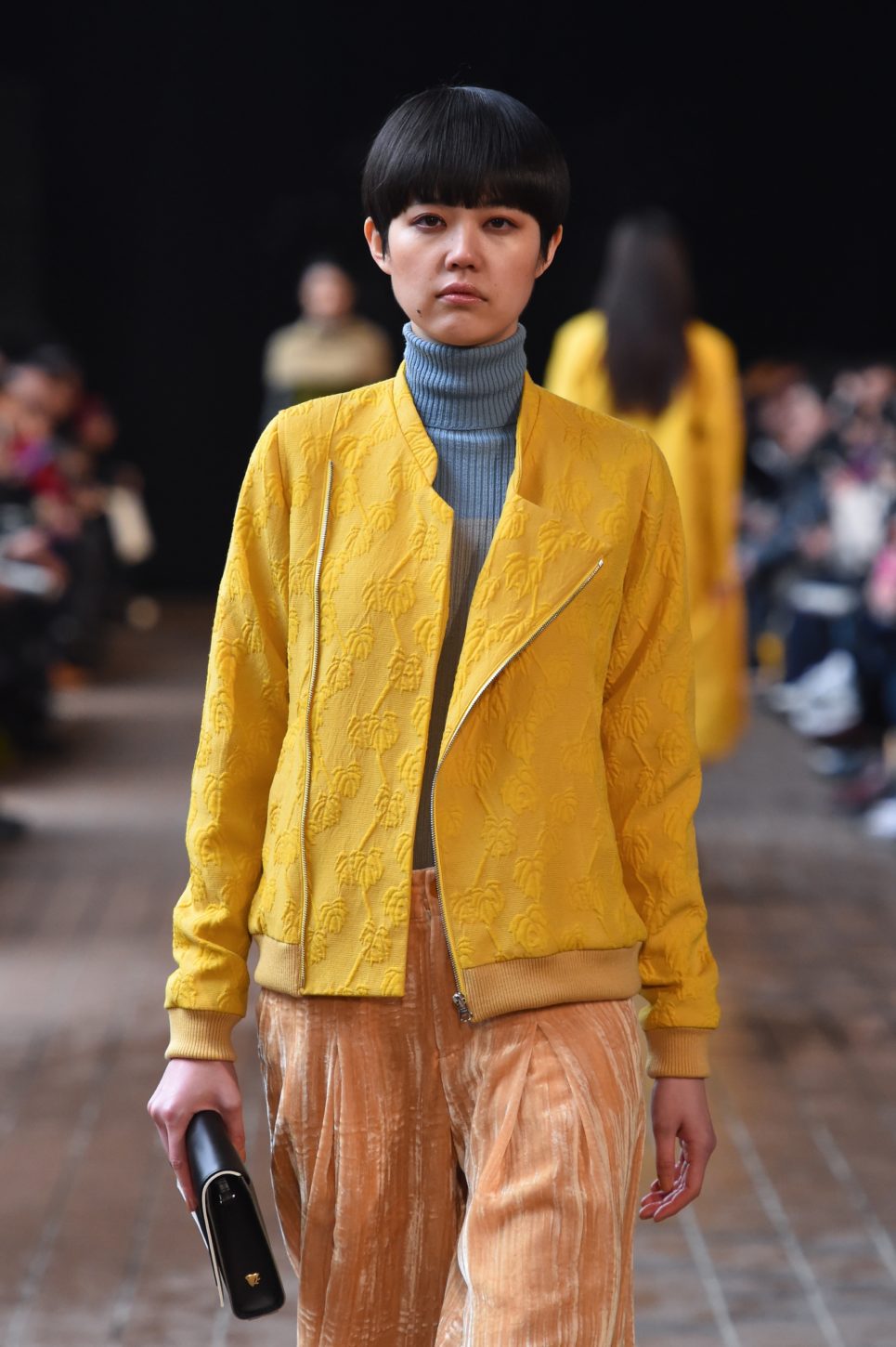 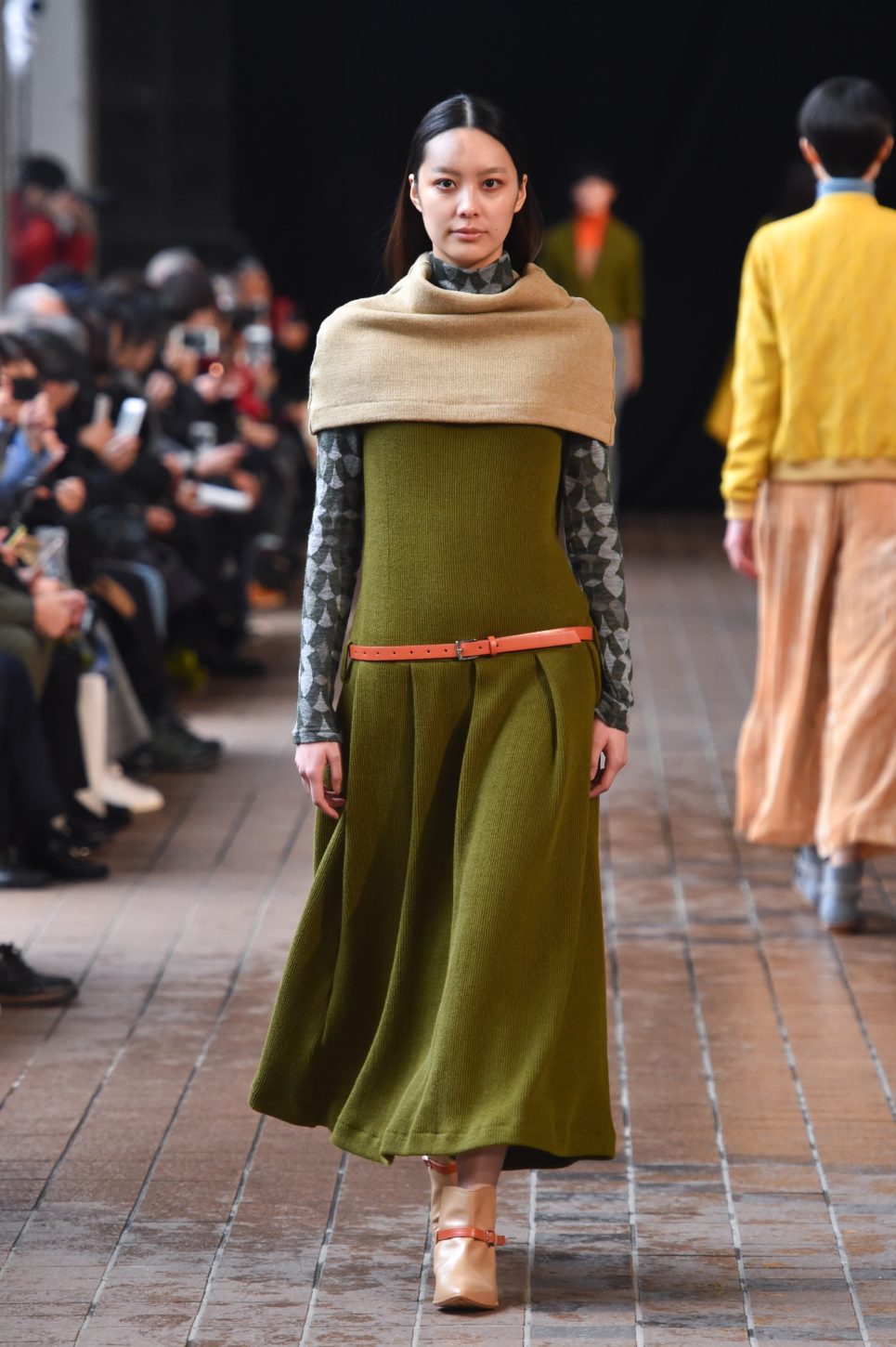 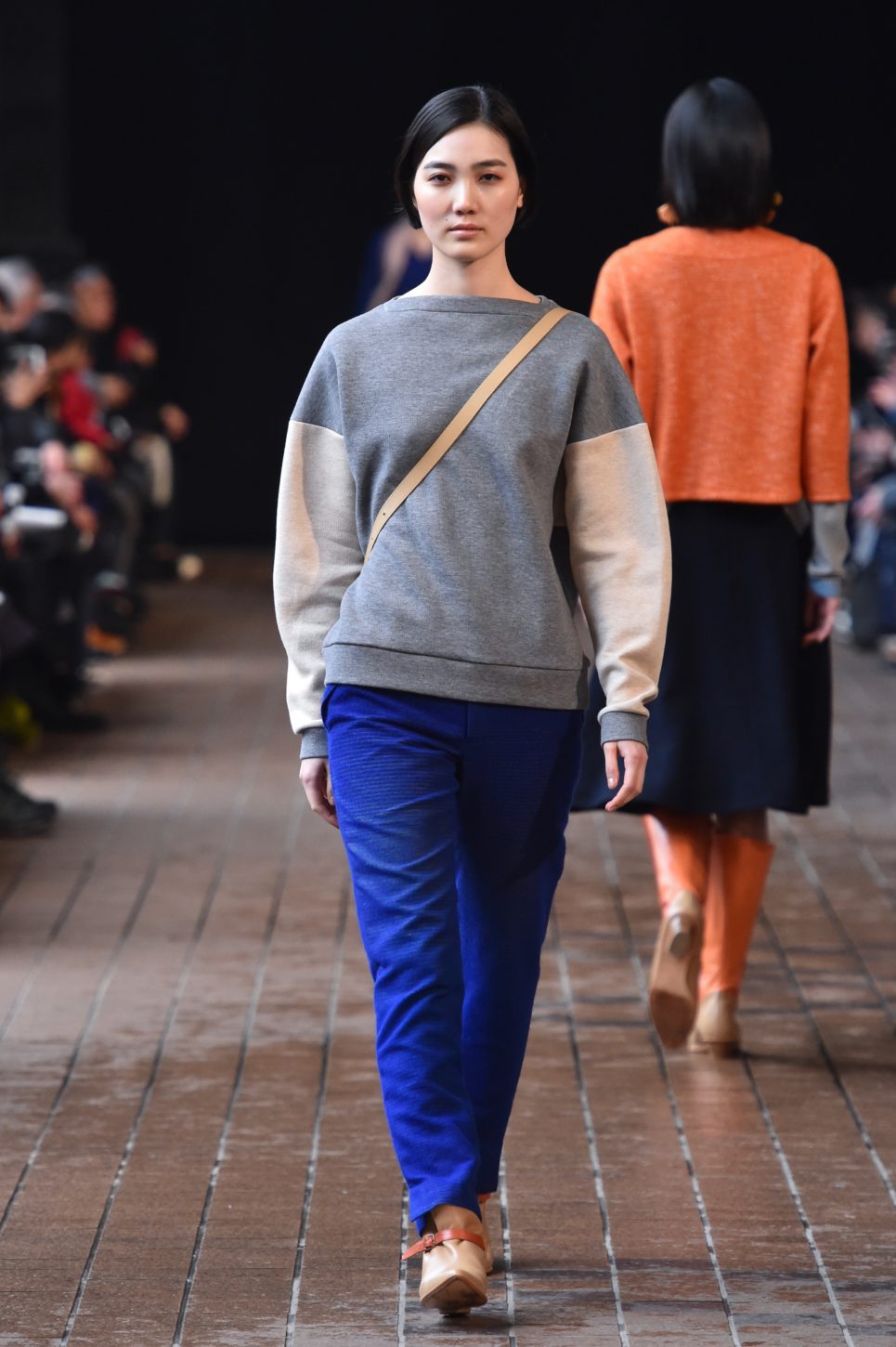 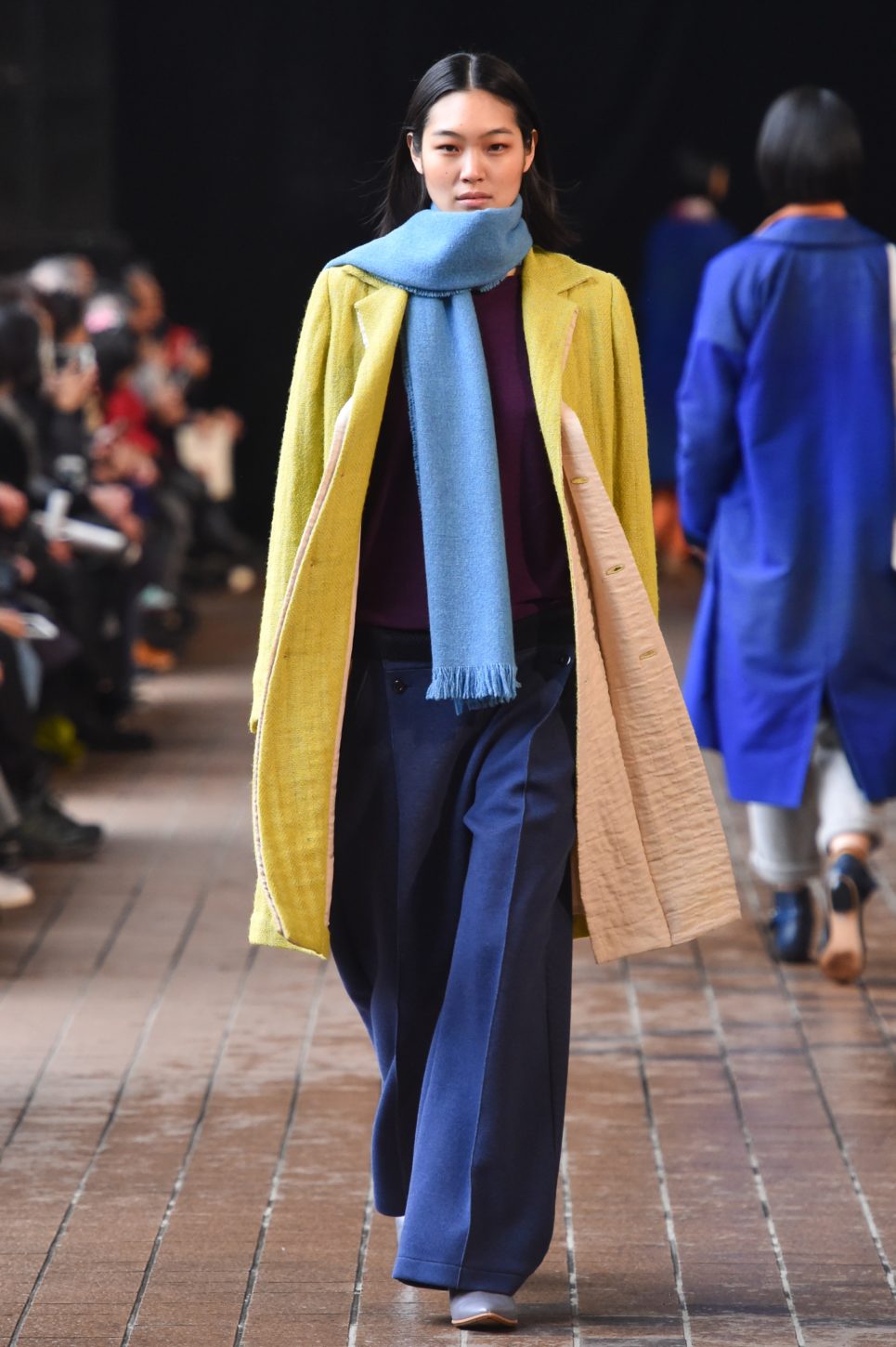 What is your last collection about, who does it refer to and what inspired you to realize it?

Every season we present a collection themed on Japanese aesthetics. This A/W theme is nagori (vestiges). The feeling of loving things that have an end and respecting them. Japanese people have incorporated this very important feeling into various arts, entertainment, or literature. Because when you feel it, it gives one the possibility of feeling the beginning of something.

Every year you become more famous. Japanese and British Vogue has published your collections and the last one, Fall Winter 2018/2019 was broadcast in FF Channel in Exclusive. What is your aim for the future?

We would like people in the world to respect our country’s unique culture, and enjoy it though my fashion designs.

Which fabrics do you use? Do you produce only in Japan? What is your hallmark?

We design all of textiles by ourselves, produce in Japan, and also sewn in Japan. It is 100% made in Japan. This fact has become very rare, and 98% of things in Japan are currently imported from other countries. 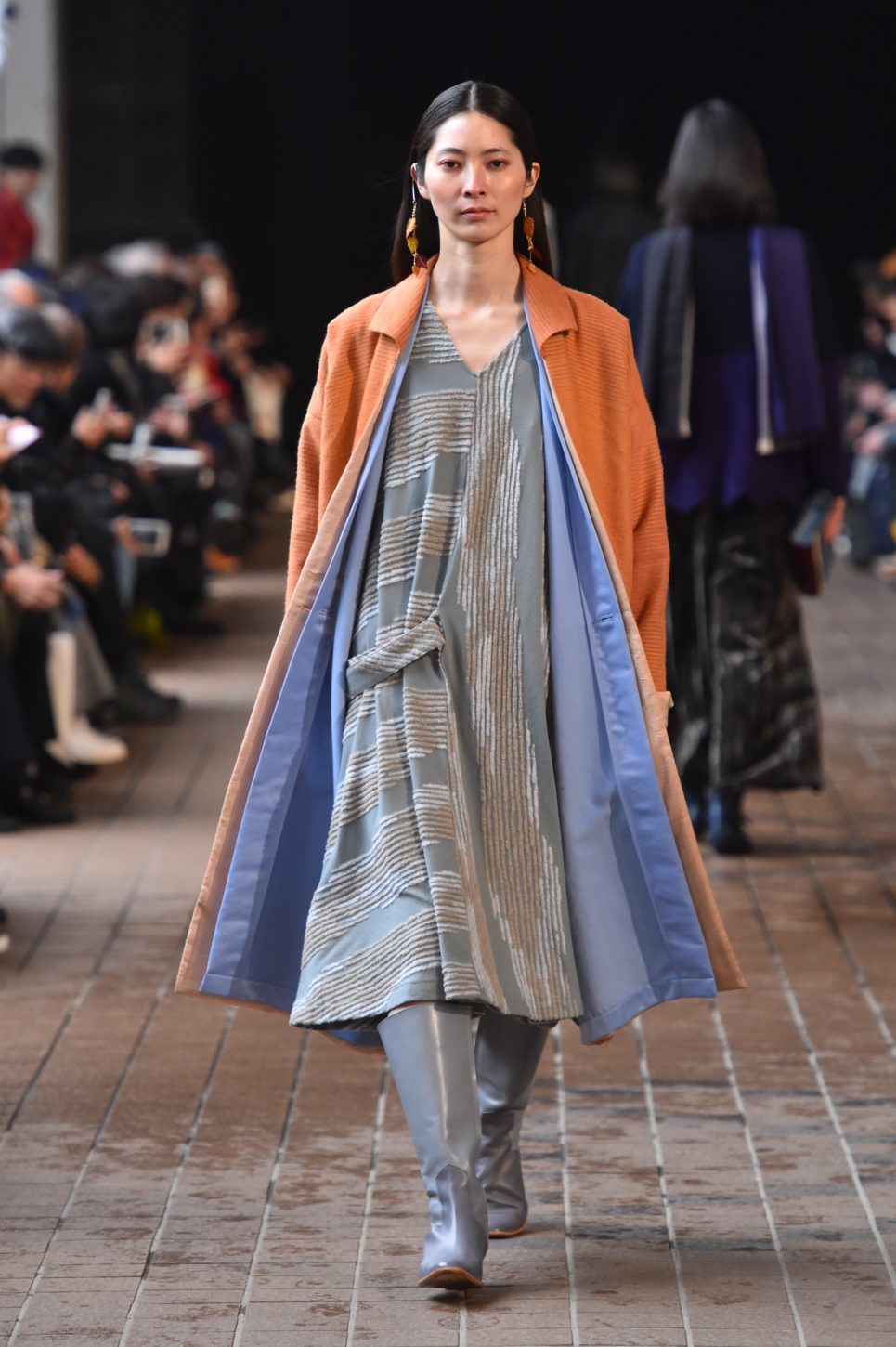 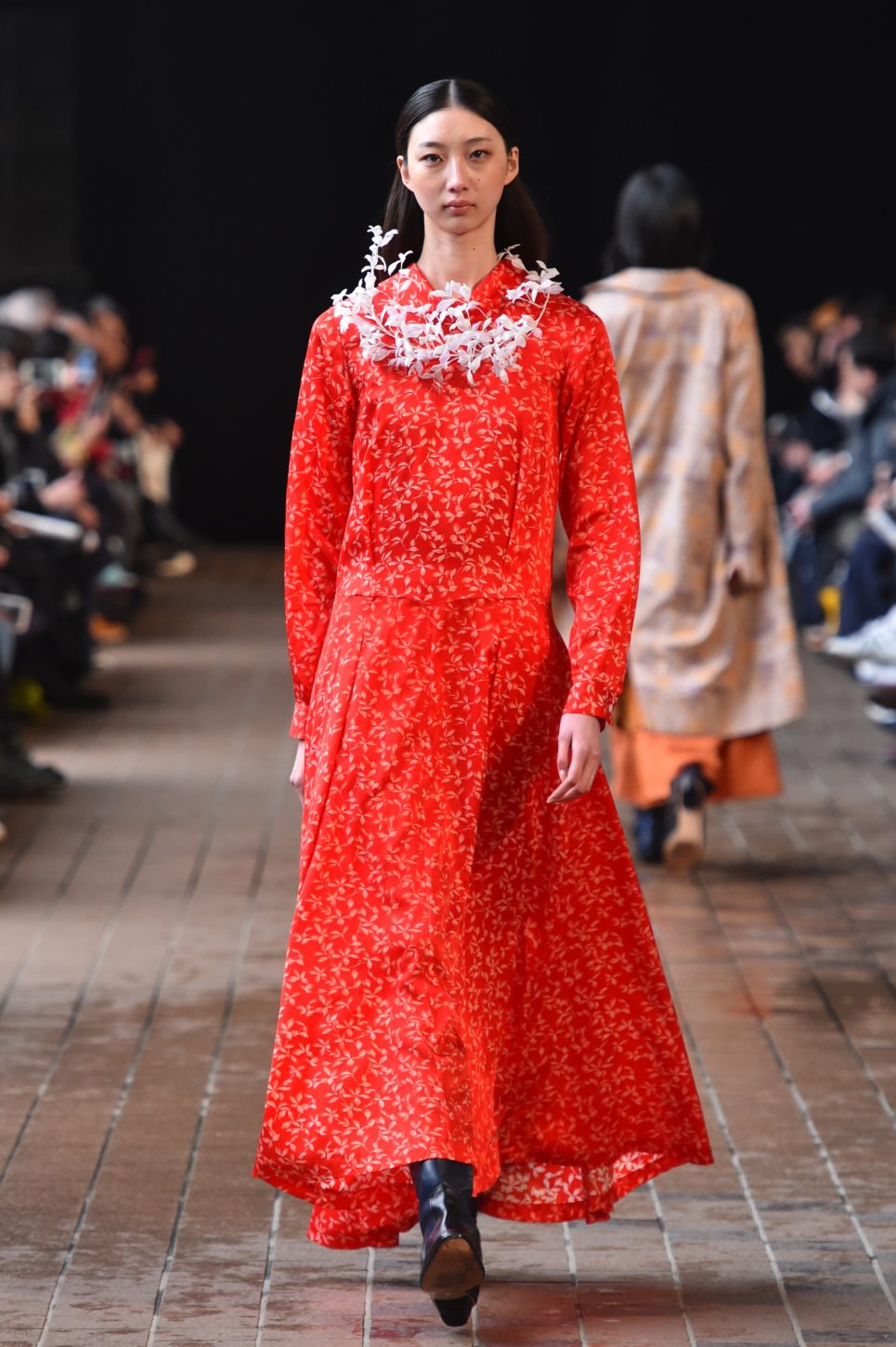 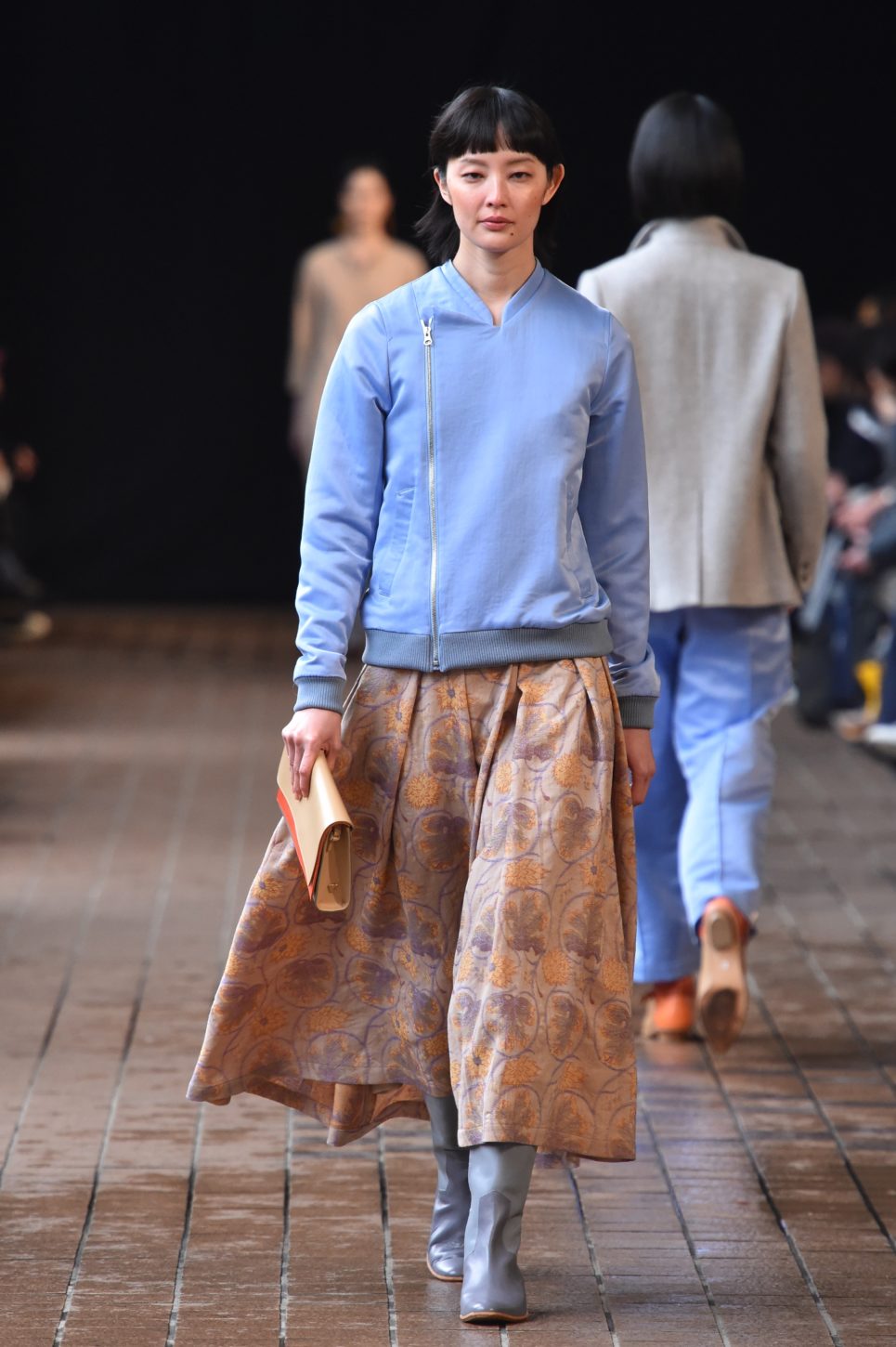 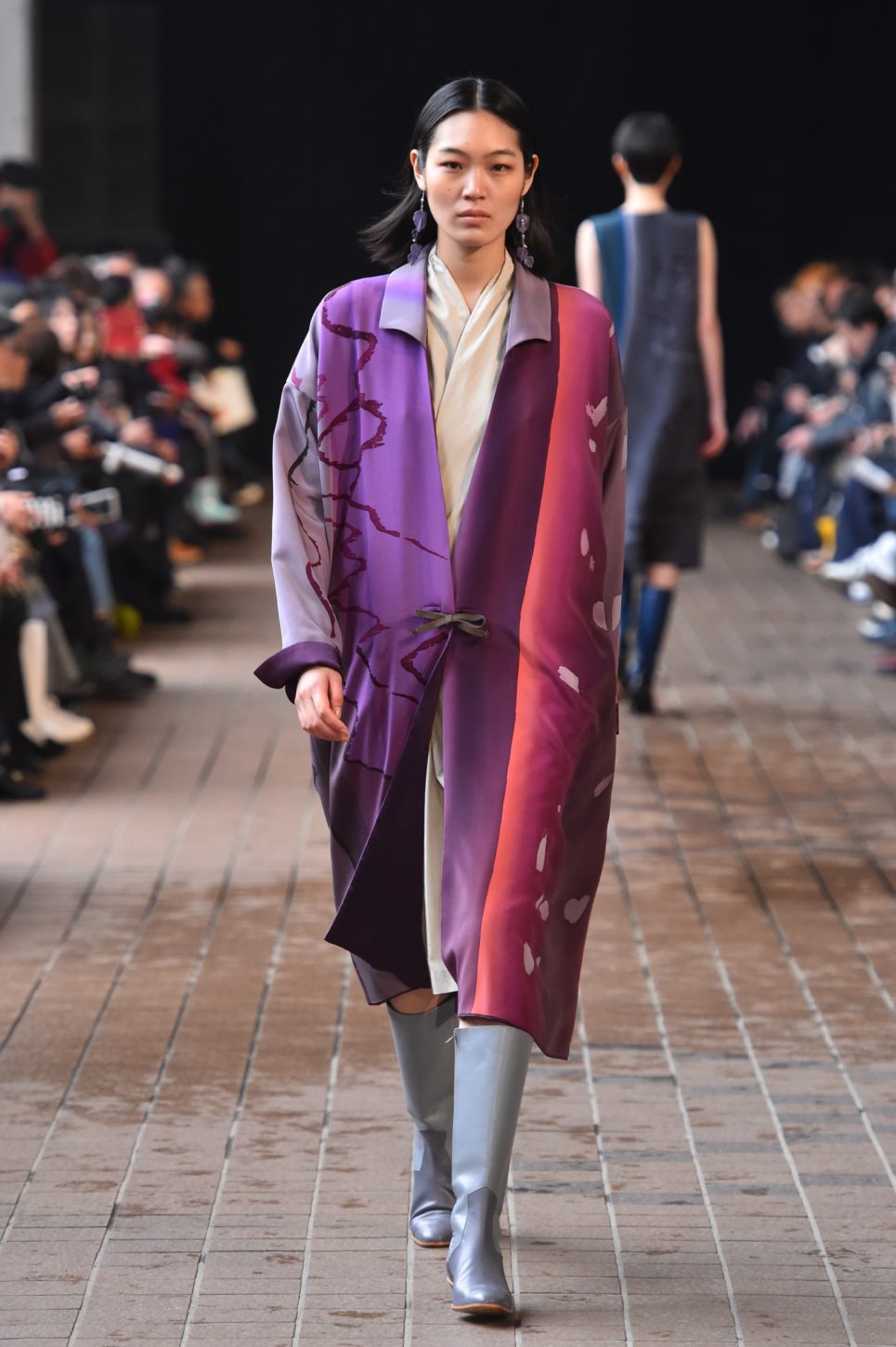 Why are you so attached to the tradition? How is this tradition maintained in fashion by Japanese?

Tradition is not about old, it is a heritage that we can use in our modern life. The heritage is bigger than our small “originality”. So in order to express the heritage in a modern way, modern people can enjoy it as fashion without discomfort.

Could we see you soon in Europe, e.g. in Milan or Paris Fashion Week?

I will go with the flow on this. Now, anywhere in the world can be the capital of fashion. we are in the generation where people can buy anything from anywhere.