(NOT ONLY AT  BOISDALE OF CANARY WHARF) 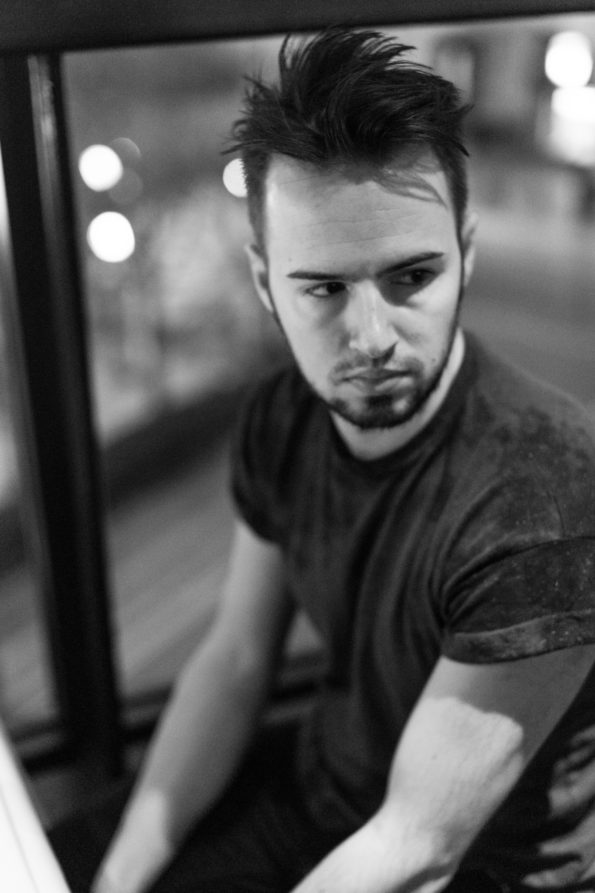 Jordan Marsh is a foot stomping piano player, singer & song writer based in London. Music has always been present in his life. He grew up on Ray Charles, Van Morrison, Bob Dylan, Bobby Bland and Chuck Berry songs, he said in an online interview for JL INTERVIEWS, that he loves Soul, Blues, Jazz, Country, Ska, in general “good music, no matter what kind”. Over the last few years, Jordan has recorded his fair share of original material, played support slots for Peter Green, Nick Lowe and Geraint Watkins and has been pretty much playing gigs constantly since he started out and has headlined the Jools Holland Boogie Woogie festival twice, sharing the stage as guest artist with Jools Holland and his band, Neville Dickie, Ben Waters and Axel Zwingenberger.

Jordan started out playing the piano in local pubs and clubs playing a mix of rock’n’roll, blues and boogie woogie at the age of 17. He played with a number of local bands and musicians but afetrwords realised he wanted to play his own style of music. The place where he exhibits often is a famous  British restaurant in Central London with live music Boisdale of Canary Wharf. Boisdale of Canary Wharf is a two-floor venue overlooking Cabot Square which comprises a restaurant, four private dining rooms, whisky bar, Cuban Cigar Library and shop and live music venue. They admire Jordan‘s style and called him „one of the most entertaining musicians in the country“.

Marsh doesn’t waste time. This year is a very busy for him. He is writing some new material and preparing for incoming summer festivals and numerous London gigs. He is also promoting a new covers album called “Jordan & The Gigolos. Covered up”, a team work with featuring Zak Barrett, Roberto Manzin, Mark Norton, Paul Higgs, Josh Law, Rob Rickenberg, Emily Lynn. “Some of the songs are familiar numbers for us as a band and some we had never played before. I talked them through with the guys and we went into the studio and played them pretty much live with minimal overdubs“, Jordan wrote on his official page www.jordanmarshlive.com/.

How long have you been doing music? When did you start playing and singing?

Since I was old enough to walk. I started playing the piano when I was about three or four. All I wanted to play was blues and rock’n’roll. I didn’t start singing til I was about sixteen, though. I played the piano in an old pub and they offered me a couple of quid to come back at the weekend and play it again so I thought I’d better try some singing as well. It just sort of happened..

How would you describe your music? How did it develop in time?

Sometimes, you  are a solist, sometimes you play with others. With whom?

I have a group of great musicians I hang out with, i’m lucky enough to call some of them my friends, and I also get to play with some of the greatest musicians in the country. I’ve been playing with Zak Barrett, my sax player, for about 16 years now and he’s world class. Rob Rickenberg on bass, doesn’t get much better than that. Sometimes I’ll have the whole band on a show, Roberto Manzin on Sax, Matt Holland on trumpet, Josh Law on drums, all top notch players. And sometimes we go out as a trio or four piece, and yes sometimes solo. I get bored on my own, though! I like a back beat to work with.

You started to exhibit in London, now you travel all over the world. Where will we see you in the next few months (may-june)?

I’m playing mainly throughout London and the South East this year, I’ve got a couple of Jazz and Blues festivals lined up this summer plus my regular London gigs, and plenty of outdoor shows from Spring onwards. It’s a busy year!

How do you feel in contact with the public? Is it difficult to please it?

You’re never going to please everyone, but you can only do your best. I try to treat every gig like it’s the biggest and most important gig of my life even it’s it’s not. I love having a laugh and a joking with my audience and not taking my self too seriously.

Are there some important names that influenced your music career, that you would like to mention?

I could go on for ever! Ray Charles, Van Morrison, Curtis Mayfield, I’ve been lucky enough to see Ray Charles live, Bob Dylan, the Stones etc… My favorite all time band is Creedence Clearwater Revival, strange because it’s mainly guitar music. I’d say my all time favorite song writer is a guy called Tony Joe White, look him up if you don’t know him. My parents took me to see so many live bands as a kid, and it really stuck. The first time I was really moved by music was at a concert, a band called ‘The Blues Band’ – Paul Jones, Dave Kelly etc, I must have been about 8 years old and they blue me away, I was fixed to my seat. I saw them about 20 times over the years, even when I was a young teenager my dad used to drop me at the gig and pick me up after. We got back stage and met them all, once. Also Paul Weller, when I was about 16. I guess I discovered Weller. Again, he blew me away, I was too young for the Jam and the Style Council but I remember hearing a PW solo album called Heavy Soul and it made the hairs on the back of my neck stand. I still listen to it now, usually in the car at full volume. My kids tell me to turn it down. Brilliant!

What is your last/next album about? Do you work on something new now?

I’ve been writing some new material recently but haven’t got much finished yet, it either all comes at once or it takes ages. There’s a studio I want to record, which is modeled the old Sun Records Studio from the 50s and it has that real old school sound. I’m writing with a view to recording an album there at some point in the near future.

Could you make a list of the best 10 British places with live music?

There are too many places to choose from, especially in London. You’ve got Ronnie Scotts, The Jazz Cafe, the Blues Kitchen in Shoreditch is great, although last time I went  there I got really drunk and dropped kebab sauce all down my new coat. Boisdale where I play a lot is also great, especially in Belgravia. We had Mick Jagger in for dinner recently. You never know who’s going to be in there. If you like a larger concert, then Somerset House is amazing. I saw Imelda May there, she was unreal and the venue was stunning.