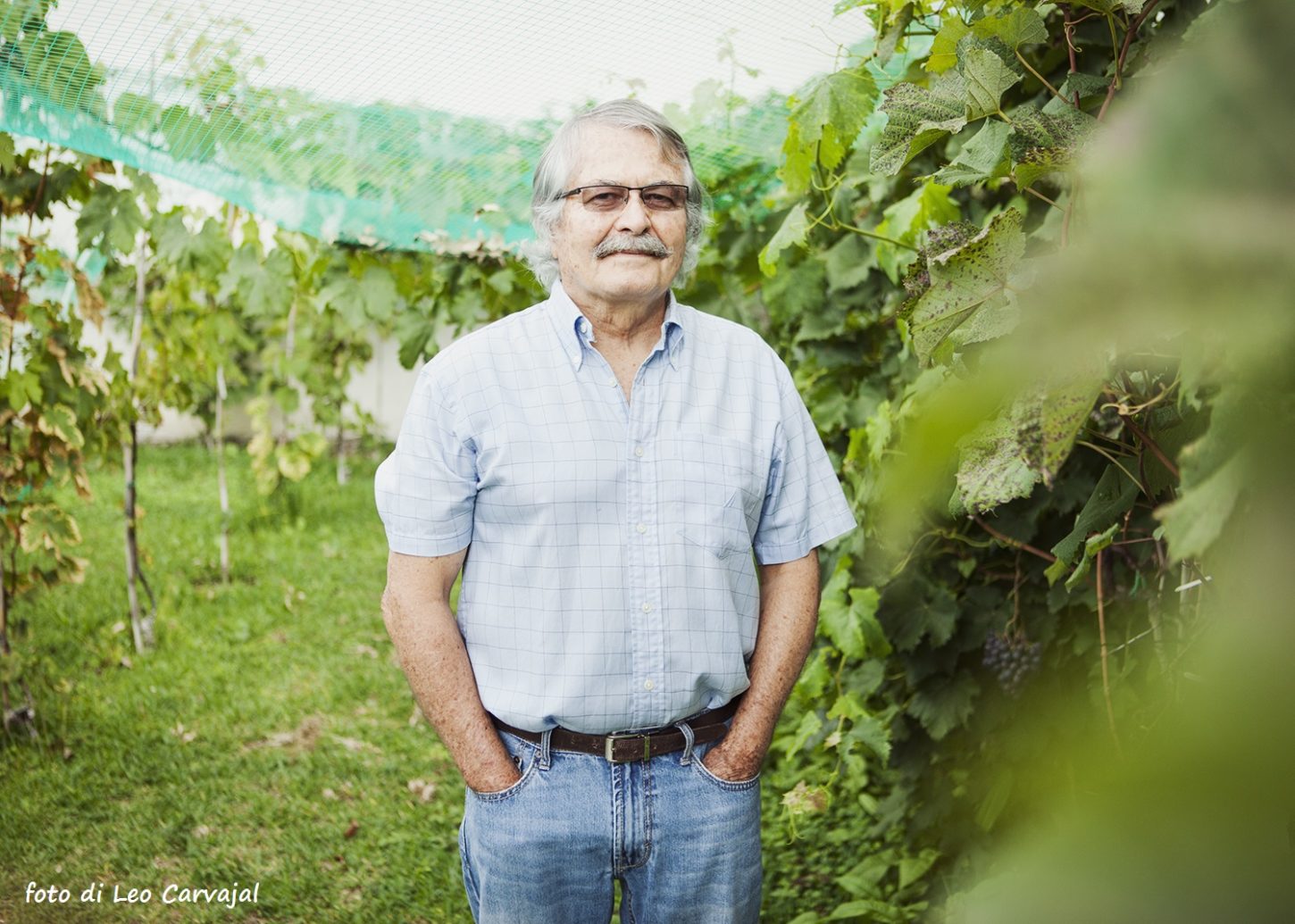 A part from being the producer of the finest coffee in the world, Costa Rica offers a fine glass of wine as well, thanks to Virgilio Vidor. A well known person who landed in this Central American country many years ago, bringing with him his passion for land and wine. It’s a story that comes a long way, across the oceans from the coast of Fregene in Italy to central America.

“Before travelling to Costa Rica with my family in 1972, I had a dream of finding a harmonious dimension between man and nature,” he explains. “I could not see the difference between living creatures. I had always dreamed of becoming a botanical scientist and zoologist too but due to poverty, I did not complete my studies. I could pass whole days communicating with whatever surrounded me convinced that life philosophy for a better and prosperous society could go along with intelligence, love and initiatives to serving nature in exchange for sustainability with man in an ethical continuous process of innovation to sustainable development across the globe. And that is why I went and found my dimension.”

In Costa Rica, Virgilio Vidor has dedicated his whole life in the development of viticulture. He imported the the first cultivars from Italy and after years of hard work in research and experiment, he developed the first tropical viticulture. He has developed methods and techniques in the cultivation of grapes for the climatic condition of central America as he puts it, “designed in the nights by candlelight, songs of crickets and rum, and applied in the day with sunshine, birds’ songs and rain”.

But his success in becoming a house hold name in wine production has never been without ups and downs. Research work required huge amounts of funds to obtain the right quality of grapes for this geographical area of the world. “Long experimental work has been able to produce new varieties and hybrid vines to develop cross-breed grapes”. It takes years of hard work and a lot of patience to get the desired results when researching and experimenting all possible combination of cross-breeds in the development of new grapes”, he explains.

“Of three principal species of vines, Vitis Vinifera (Eurasia), Vitis Labrusca (North America) and Vitis Tiliifolia (Tropici del Central America, it involved around 300 cross-breeds. Only five gave positive results and which I own just one. Three of those are preserved in the genetic bank of plants collection in U.S.A. Unfortunately, the fifth one went into extinction. From the experience of those years I have drawn greater determination and inner strength , with a vision of life much more mature and ever more convinced that true freedom is that which arises from the creativity rebel : “I think that if I applied a more scientific method , rigorous and academic, perhaps I would never have achieved these results”.

In 1983, Virgilio’s research project ran into headwinds with no funding. So he decided to put it temporarily on hold. He instead took up leadership roll on important international development projects. He won a race for EU assistance programs to support land reform in Nicaragua; always as a team leader had dealt with many other projects in Costa Rica and Honduras, including a major study on food security in Nicaragua. He also organized and led a permanent forum for the coordination of EU projects in Central America, with great impact in the innovation of methods and management tools. The goal was to support the socio-economic development in harmony with nature and the fight against poverty, in a context of local governance horizontal, inclusive, transparent and ethical. A notable example was the Foundation Jicatuyo in Honduras, which took its name from the project, and that continues with success in the promotion of socio-economic and environmental.

“During my career as an international consultant I never abandoned the search on tropical grapes. However, since 2007, after overcoming cancer, I decided to devote more time to my dream research: obtain new varieties of grapes, crossing different species and varieties to get their grapes in Central America, with a good adaptation to the conditions Local and good production potential and commercial. I have about 600 different types and hybrids in trials (among them, a new type of excellent white grapes). I has been  a head of a mission to Nicaragua to carry out a major study on food security funded by the InterAmerican Development Bank, but in the short time I returned to the great love of research in tropical viticulture, having established my activities and my home in Costa Rica, where I have a large garden in Curridabat, 1300 meters above sea level. And ‘here that I founded a real garden called VITISVIDOR, visited by many people”.

His fame grew exponentially, thanks to television (Cara Francesca – Rai Tv), the press (Il Fatto Quotidiano, Italy) and the network (Scienza online). “My dream of being “scientist” is now real. But missing a bet: to hybridize with each other different kinds of vitaceae, not only species. It’s a bit ‘like a cat crossed with a tiger… but expect positive news soon!”. 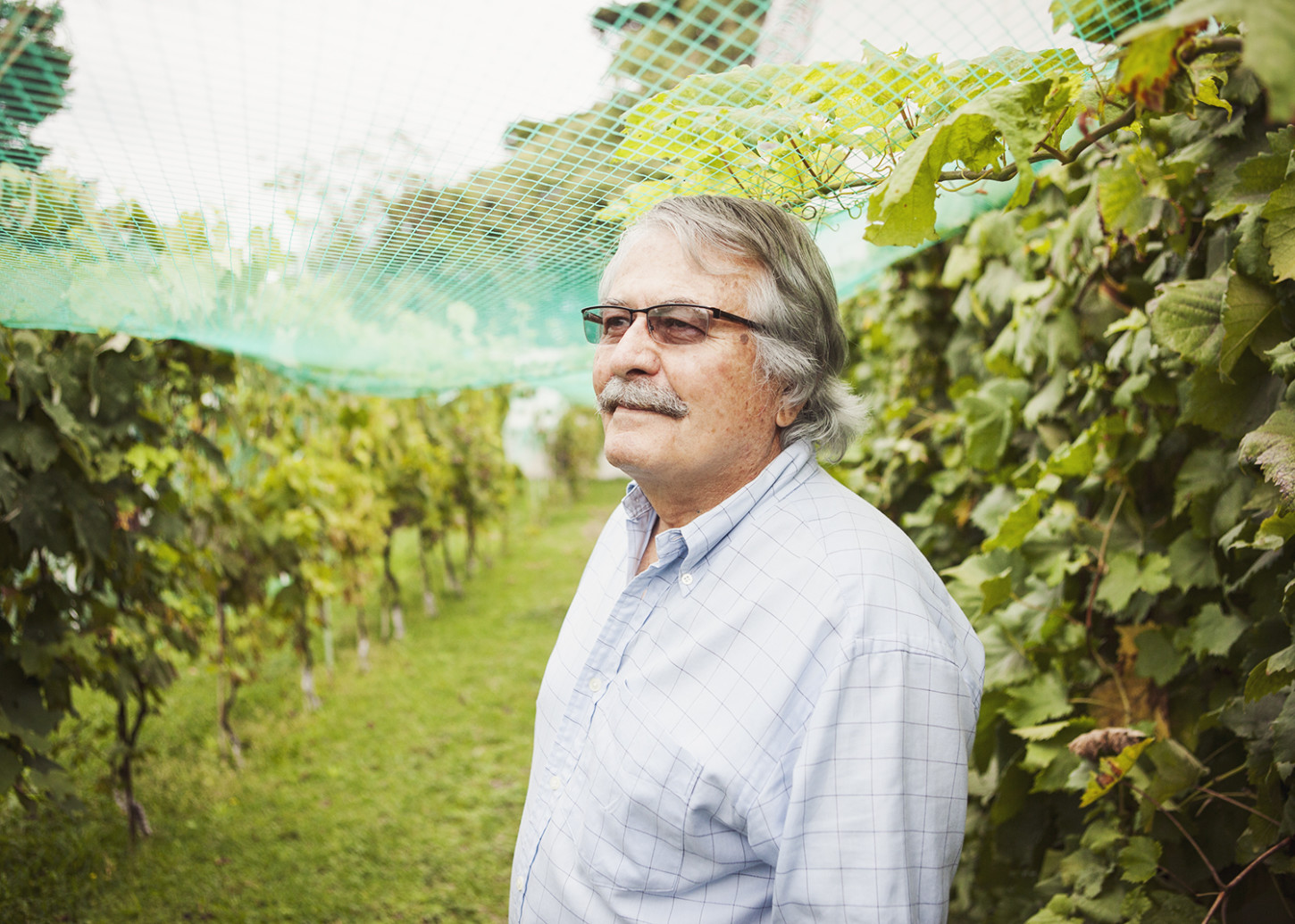 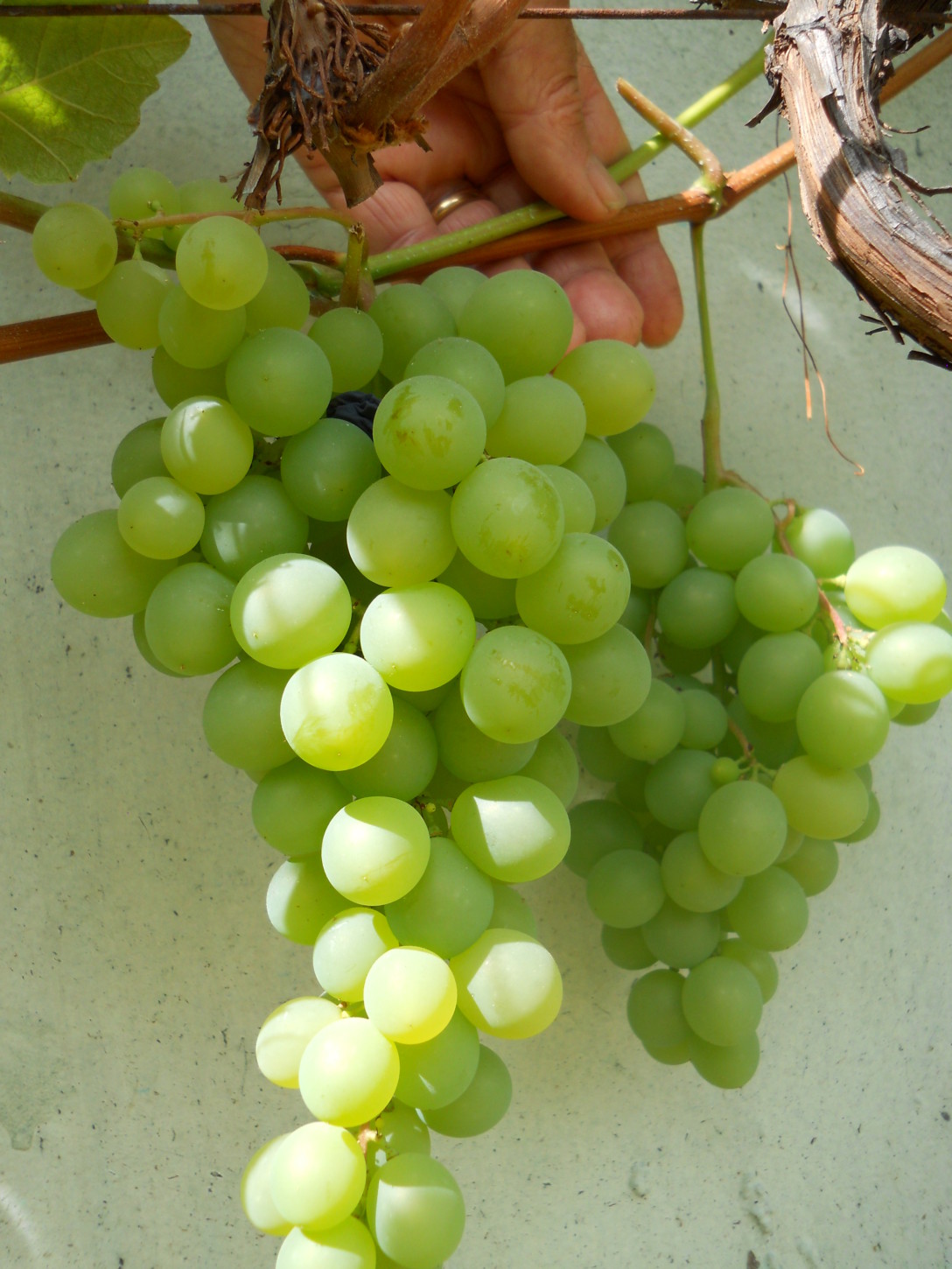 How and when did you discover your passion for viticulture?

My family has always had a passion for wine since my ancestors, great-grandparents , grandparents and fathers (Veneto in the provinces of Treviso and Venice) . As a child I always lived in communion with nature and viticulture even if I believe That this passion was born with me . I could say It is written in my genes.

Was it easy to leave Italy and rebuild your lives in a distant and unfamiliar land Costa Rica ?

It depends on how you consider it. From the normal point of view of it was difficult because it involved an abandonment of the lifestyle and the friends I had, addressing the differences of cultures, language, climate, food and habits . It was particularly sad departure from Italy , leaving everything to go towards something you want, but completely unknown. From a personal perspective, it was difficult , because ( especially once you get there) I was excited by the new life and the idea and dreams that I wanted to make, in addition to being intrigued by the new adventure that I was living . I was like a child who discovers each day a bit ‘ scared, though happy, new wonders.

Today what does this land it mean to you? How would you describe it?

Costa Rica in particular, is a country where nature is almost untouched, social services and health are of a good level, democracy is established, there is no army, and you can live very well, because there is space for innovation and investment. Delinquency exists as everywhere, but Costa Rica has with Panama and Nicaragua, the lowest levels of crime than the rest of Central America. As indices of social happiness, it is among the first countries in the world.

What is the process that makes it grow grapes tropical? What are your growing techniques?

In the tropics you can do grapes in different ways: the first: by adapting specific cultivation techniques, existing variety of grapes from other countries, the species Vitis vinifera (in tropical dry) and the second: hybrid variety resistant ” humidity (various species such as Vitis Labrusca, Vitis Riparia, Vitis vinifera, etc.). I started in the 70s with the first two hypotheses, which I consider the best second. The third form, which is the most difficult and time consuming to implement (it is not simply a human life), is the one I finally chose: it is to hybridize the local tropical vine (Vitis Tiliifolia), very sour, at intersections progressive coin Vitis vinifera and, or other species, to get variety totally resistant to local conditions, sweet and of good quality. This would develop viticulture in a massive manner accessible to all farmers, bringing a new culture and work in these countries (as has happened with the coffee, who 150 years ago did not exist in America, and is now the best in the world). Only an American researcher already disappeared (J, Fennel), made interesting research in the ’40s and’ 50s in this way in Costa Rica, but without finishing his work. Another researcher who died (a close friend), Albert Ingall, began partially seek. Each stage of hybridization from seed takes about 5 or 6 years, to see the result. If we assume a maximum of three stages of re-hybridization miglioratrice progressive), we arrive at 18 years… If we think that hybrids with wild grapes have a very low percentage of plants self-fertile hermaphrodites, with a preponderance of males first, then females, we can easily conclude that it is difficult for a single person, without funding and specialized structures behind, you can succeed. At present, after 44 years I have about 10 kinds of interesting grapes, of which 2 to be considered commercial. It seems little, but it is not: indeed, it is a lot. In any case  a portion (500 genotypes) of my hybrid (over 1000 genotypes) are almost in the stage of production, so in the next 2 or 3 years there will be wonderful surprises!

In the nighnteen eighties, you held various international projects. What are they?

With so many sacrifices and overcoming various difficulties do you think you have realized your dream? Is there’s more you would like to achieve in life?

In reality I want to continue with new goals and results continuously in the field of scientific research (even with my limitations of academic self-taught, which fortunately allowed me to win the freedom and intellectual development of the imagination without limits and without compromises methodological, freeing the artistic part. I would like as I said before, I would like to see farmers in Costa Rica and Central grapes produce wonderful wines, add to their history an aggregate new cultural and indigenous. I would like to see them proud to say “our grapes in our wine “and not” the ‘grape adapted “, the” wine type as such …. “. Finally, I can not hide that I feel a certain pride to think that at least for a while’ time, the people and farmers will plant my grapes and remember my name … will in some way be like this for a long time with them. Currently talking about me and my future works. Finally I imagine my great grandson Adriano who (I hope so) has inherited my legacy, since my children while being artists, they have collected in the sense of dedication to nature. I see him, proud of his grandfather Virgilio, continuing my work on behalf of the company. Perhaps it is just a dream! 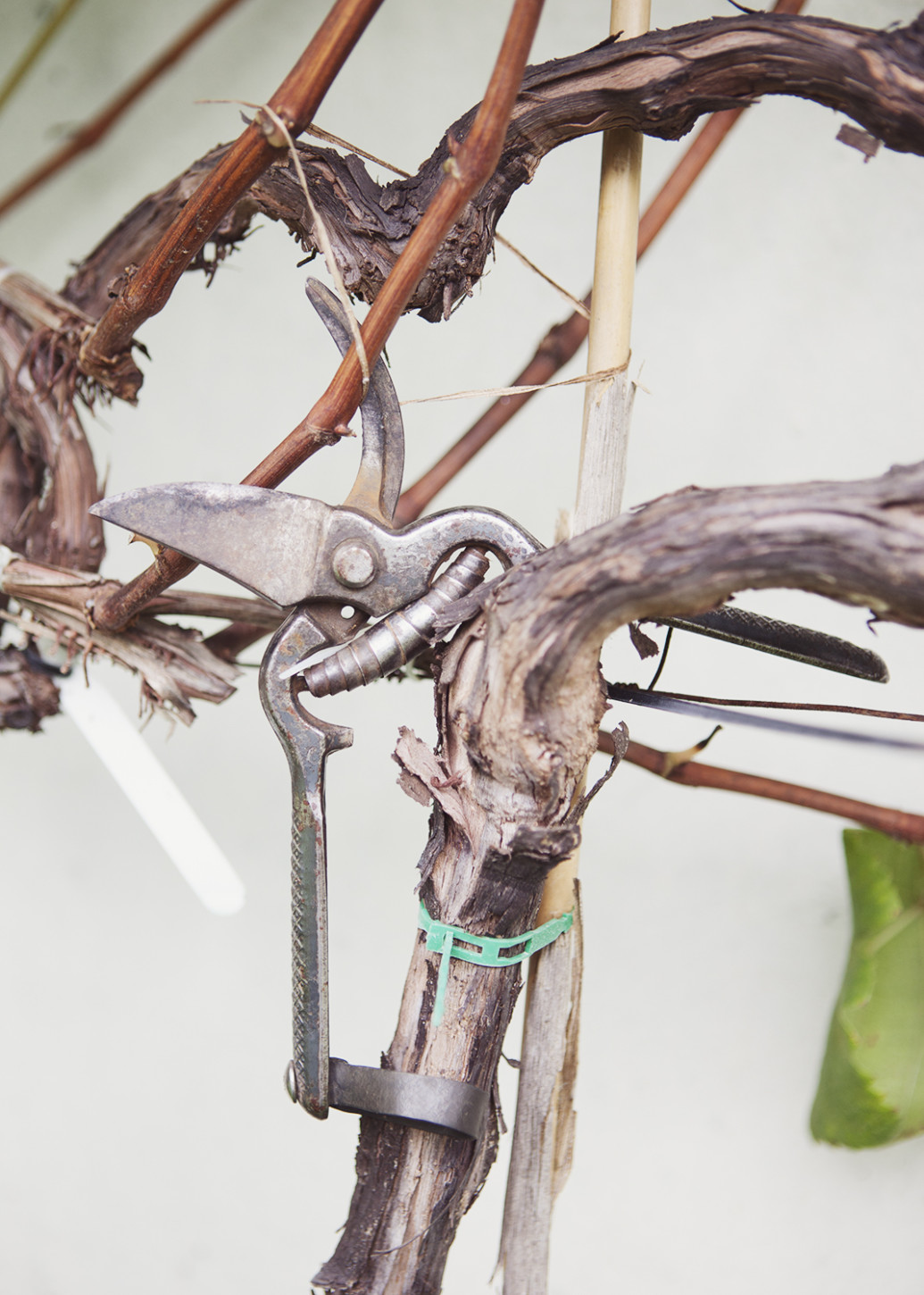 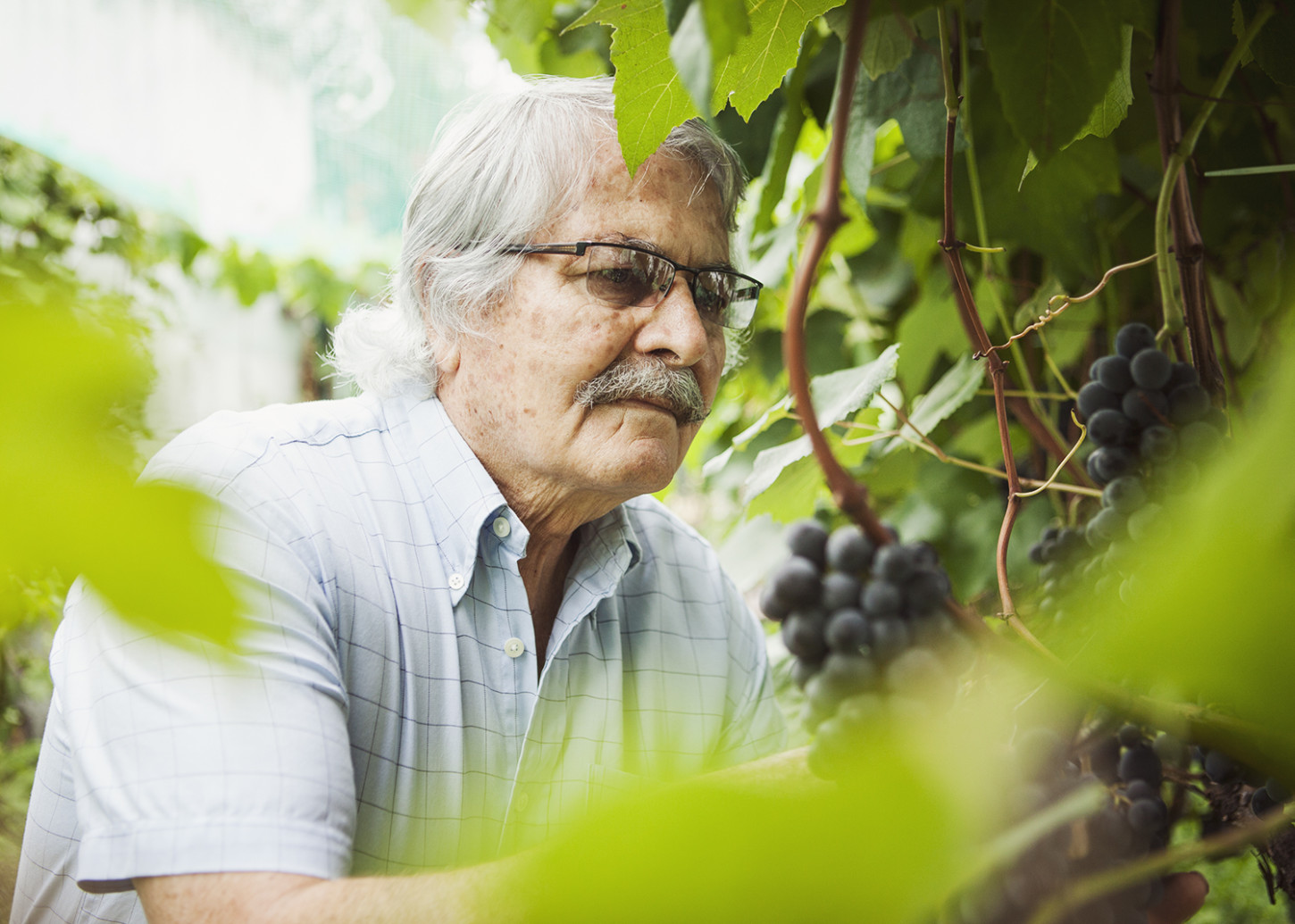