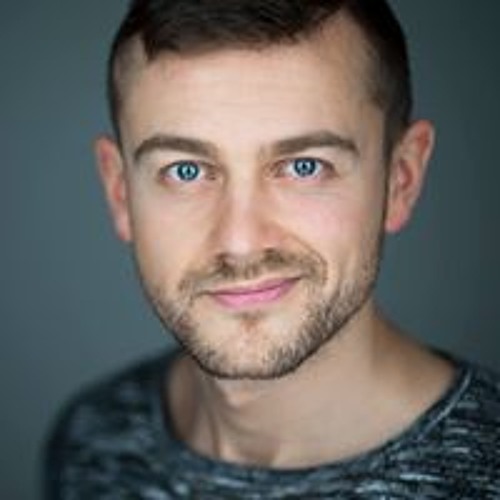 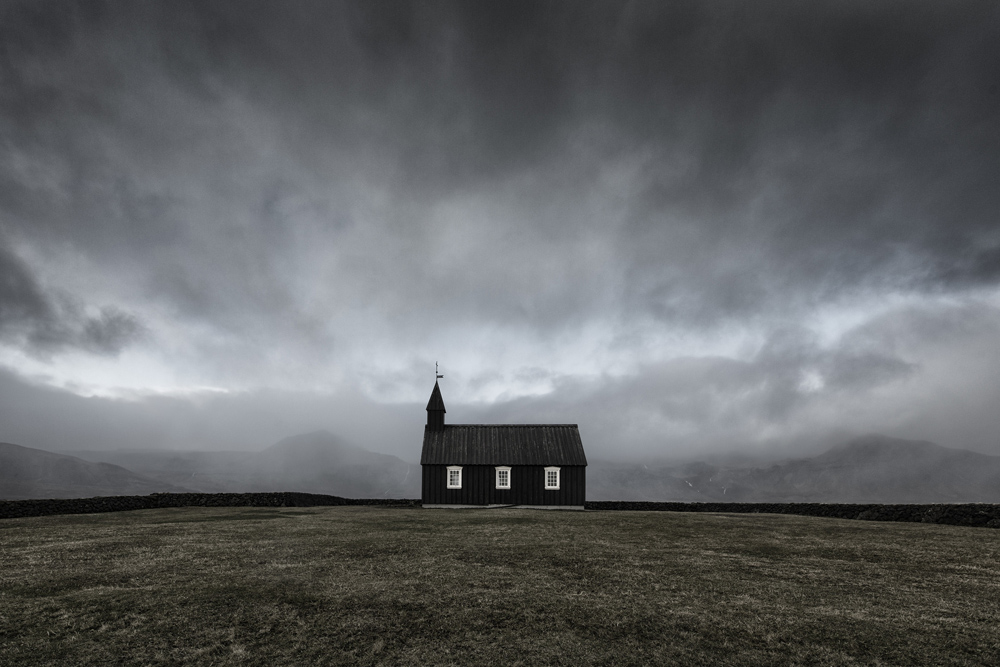 Mads Peter Iversen has an interesting story to tell: a story of professional „transformation“. This 29 year old and talented man, graduated in Educational Philosophy, initially started his career as a schoolteacher in Aarhus Denmark, where he still lives. What may surprise some, now he is a renown photographer and video maker, very popular on the network. He collaborated with press magazines such as Danish „Gymnast“ and Danish sports brands.

As he stated in our winter online interview, the „transformation from school teacher to photo and video artist“ occured during his university studies. His photography passion exploded while he was working on his master and focused on gymnastics. This totally changed his life. The post-graduate period he called his „identity crisis“ that lasted the following four years when he definitely understood what his destiny was.

He tried almost all genres of photography starting with the common „big, epic and cinematic“ themes, as he called them. He has always been fond of movies and computer games such as „Lord of the Rings“, „Transformers“, „Matrix“, „Gladiator“, „World of Warcraft“, „Diablo“ and so on. Those universes greatly influenced his world. „Some photographers prefer to have the final product straight out of camera – I’m not one of those“, he sustained.

Most of Iversen‘s pictures are heavily processed and edited. Some might call his images manipulated and wouldn’t be wrong. The camera is a tool just as much as Photoshop is and this is the particularity of his work. The pictures are modified on purpose so that the artist imposes his magical, fascinating and unique vision. This is what distinguished him from the others and permitted him to gain great international success.

How did your university degree in Educational Philosophy form you as a photographer and video maker?

The analytical and academic perspective have influenced my learning and working routines very much. Photography is often seen as a very practical subject where most photographers say  ”go out and shoot, shoot, shoot – it’s the only way to learn it”. Even though I’ve practiced a lot and shot a lot I’d claim that studying photography on a theoretical level is just as beneficial, even though, you can have one without the other. I’d claim mastering, both, the theoretical and practical, gives you a bigger inventory of tools to use. I can’t help myself from sitting down and studying pictures and listening to others critique pictures and listen to techies describing the physics about lenses and light. I’m very interested in learning everything from all genres of photography because I know it can benefit me later in my own work. The academic world has also taught me to stay focused and patient. Studying philosophy can often give you grey hair, especially if you have to read 500 pages in an old language about a system of thought which you can’t relate to at all. In that case photography books and tutorials are easier way to approach.

Very often your photos represents an immense, marvelous landscape. What is your technique to obtain this particular powerful effect?

I’ve always been fascinated by nature, landscape and astronomy. Regarding the photography technique. I’ve come to learn that composition, color theory and lighting trumps what camera model or tripod you’ve got. Yes, of course, if you have the right tools, your vision comes, but you can actually come a long way with a minimum of gear, if you know how to work it and have a vision for what you photograph. Preparation, shooting and post-production all go hand in hand. When I arrive at a location I already have an idea of what I want to get out of it and that’s what I check for first. It is important to find the great locations. As Scott Kelby says:  ”If you want to take amazing landscape pictures, you need to go to amazing landscapes”. When I get the shot I try to be as efficient with the time as possible to get as much material from that location, from as many different angles as possible. This allows me, in front of my computer, to go back and revisit that location many times while I am editing my pictures. And this is a very important phase. I play around with my pictures a lot! Often, if I didn’t have a vision when I shot the pictures, I don’t know what I wanted from them. Photoshop allows me to play around with the pictures and try to give them different types of moods. All this helped me develop a style which is now much more streamlined, than it was in the past. I still think it’s hard to point out a ”typical” Mads Peter Iversen picture. Hopefully it will come in the future. 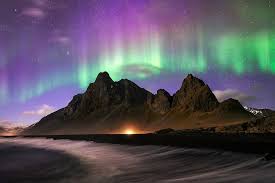 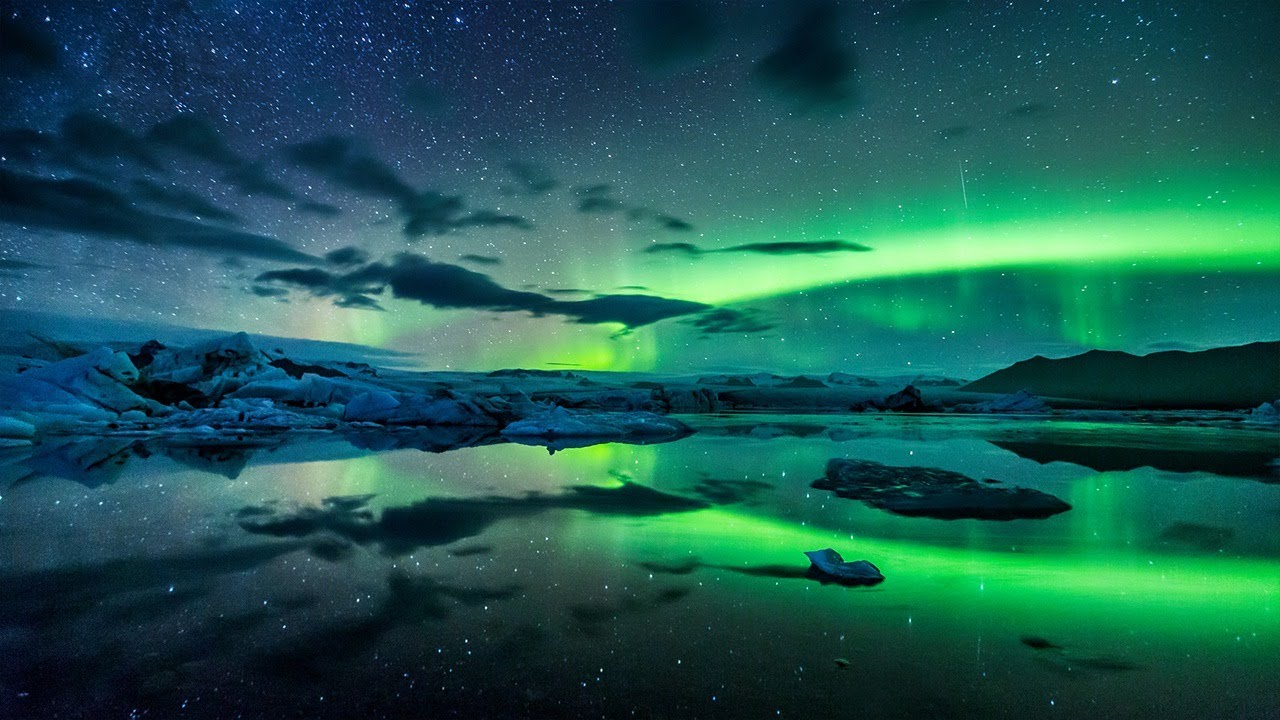 Your work looks like shots taken from the “Lord of the Rings” movie. Are fantasy adventure films inspiring you a lot? What else maybe?

The fantasy genre is very close to my heart. I’ve always been drawn to grandeur, beauty and epicness. “Lord of the Rings” is one of my favorite movies and “Game of Thrones” is my favorite television series. I generally love the big block buster movies and movie directors such as Michael Bay, Zack Snyder, Christopher Nolan and Peter Jackson. These influences inspired a lot my approach to the lighting, composition and color. I’ve also spent a lot of time in the massive multiplayer, online computer game, “World of Warcraft”, where you can explore the world of Azeroth. That game and its creators, Blizzard Entertainment, has also, without a doubt, largely influenced my artistic vision. The first computer game by Blizzard I played was “Warcraft 2” in 1995.

You live in Denmark but lots of your pictures were taken in Iceland. Why is this land so important for your artistic vision?

Iceland is one of the most beautiful places on the Earth. Even though, beauty is in the eye of the beholder. I think that most people can agree with that. I’m very drawn to that nordic cold and rough feeling. In Iceland I can feel at home. It is the place I belong to and I feel free up, but my home is Denmark. One of the benefits of Iceland is that you can be very efficient with your time. All the big locations are rather close one to another and because the weather changes quickly, you capture a different scenery every minute. The first day I was in Iceland, I visited four different locations and obtained many of my favorite pictures with four amazing waterfalls, two volcan craters, a sunset and northern lights; all in one day. By far it was the best photographic experience I’ve ever had! All this doesn’t mean I wouldn’t want to go to a desert or some of the amazing national parks around the world (especially in the USA). Visiting some great sand dunes in a windy sunset or sunrise is top priority on my “to-do” list.

What are your videos about? In the future would you like to develop this skill; maybe do a short or feature movie?

My videos have mainly been related to my gymnastics. I’ve done video editing for around 14 years and I’ve made more than 50 fan trailers, teasers, tv-spots and montages all from movies such as “Lord of the Rings”, “Gladiator”,”Armageddon”, “Batman” etc. When I picked up the camera, it was natural to make videos too. I mainly filmed gymnastics, which have brought me a lot of jobs in the commercial genre. In my videos you can see many influences from movie trailers. The latest videos I did, I made in Iceland. I was sponsored by two Danish companies related to gymnastic tools and sportswear. One of the videos depicts the feeling of being nervous before you make a jump, and shows how you focus to overcome that nervousness. I’m very proud of that video because it reflects me. It would also be amazing to do more videos or even movies but I haven’t learned to market myself yet. All the jobs I’ve gotten is through the network. I have a few ideas I would like to realize.

You won one prize and you are very popular in the network. Did this success change your life? What more would you like to achieve?

The little success, I’ve had so far, hasn’t changed my life, but all the small inputs of course shape you and give you some confidence in what you do. I have only won one prize (yet, hopefully), and I’ve been in the top of a few photo contests. Honestly, I do my photography to please myself. I think I’m pretty autotelic in my craft – I enjoy doing it itself and I enjoy watching my own pictures. Of course, I always appreciate when people get inspired by and enjoy my work or compliment me, but I’d still do my photography without that. I do my marketing especially on Instagram and in the future I would like to live from the sell of my photographs. I want to be free and independent so I don’t have the feeling of  ”I need to”, but the feeling of ”I want to”. The truth is that I work well when I don’t have someone watching over my shoulder.

Who are the authorities that shaped your professional background? Do you still follow somebody’s art or philosophy in particulary?

I get so much input from numerous amazing artists. It’s hard to nail down only a few names. Aside from the movie directors I’ve already mentioned, I admire the portrait and headshot photographers such as Joel Grimes, Peter Hurley and Dylan Patrick. They also have inspired me a lot. When it comes to landscape photographers, my types are Michael Shainblum, Ted Gore and Elia Locardi. They are the great gurus of mine! Furthermore I must mention my girlfriend. She has a bachelor in architecture and went to art school. After I met her I seriously changed and improved the way I see a picture. I’m still learning and I will keep learning my entire life. It’s amazing how much new information is out there and just waits to be gathered and used to create amazing pictures!

If you could describe your visual world which adjectives would you use? Are you a sever judge of yourself in your private and professional life?

Words to describe myself: Persistent, self-aware, self-critical, curious, joyful, smiling, empathic, down-to-earth and perfectionistic without being fanatic about it.