A CARTOONIST BY VOCATION, A FOOTBALL FAN FOR LOVE

It was the 30th of January, 2016, a very rainy day in all Italy when I decided to go to Padua, in Veneto, to meet Gökçen Eke, a famous Turkish cartoonist based there. There is something magical about the rain; it’s the perfect weather to talk about art, travel, freedom and have a warm cup of cappuccino.

We met in a cafè situated in the centre of the city in Piazza Dei Signori. We spoke Italian and English. Gökçen and his wife have been living in Italy for 8 months. This artist is totally in love with Italy, with his new city, and with football, of course, as shown by his latest publications for Turkish Airlines.

Gökçen is my age, born in 1982 in Aksehir. He graduated from Department of Industrial Design at Mimar Sinan Fine Arts University in Istanbul. In 1989 he held his first personal exhibition and up today he realized 5 paintings and 15 cartoons exhibits. His drawings appeared in many albums, publications and group exhibitions.

That’s not all. He made many posters, illustrations, character drawings and personalized many toys, glass products, packages and jewelry. In Turkey he worked as a designer in leading national companies (Sisecam, Goldas, Bilfen, Blog Media) and took part in joint projects with major brands.

During our “cappuccino chat” we talked a lot about the political situation in Turkey, about freedom of speech and how to express ourselves. Though we couldn’t avoid mentioning, in the anniversary of the attack, the Paris tragedy of Charlie Hebdo. In the end we admired the beauty of Padua in the rain. 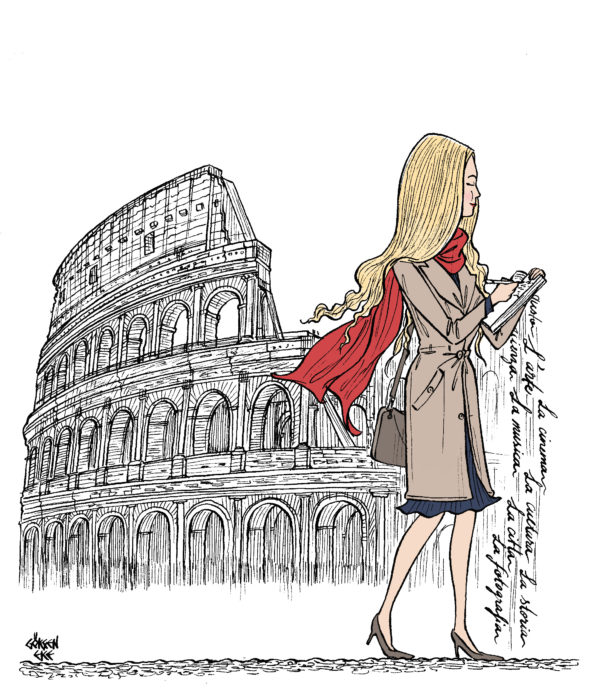 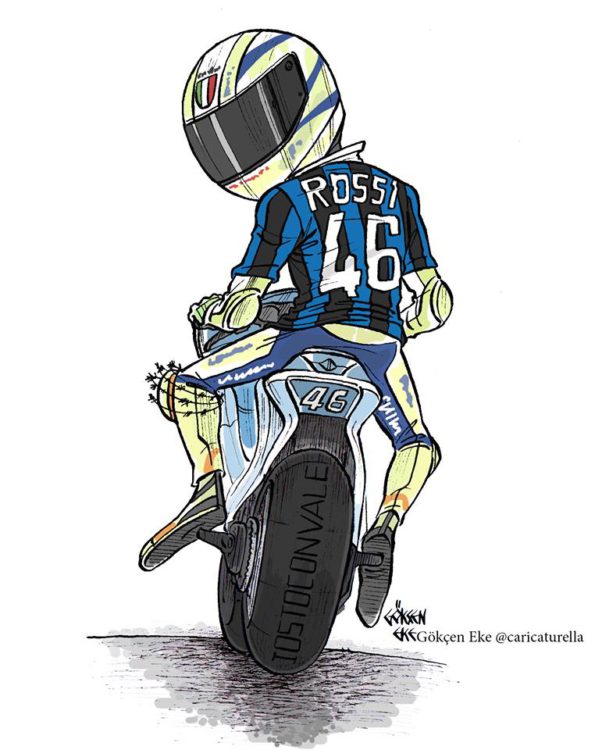 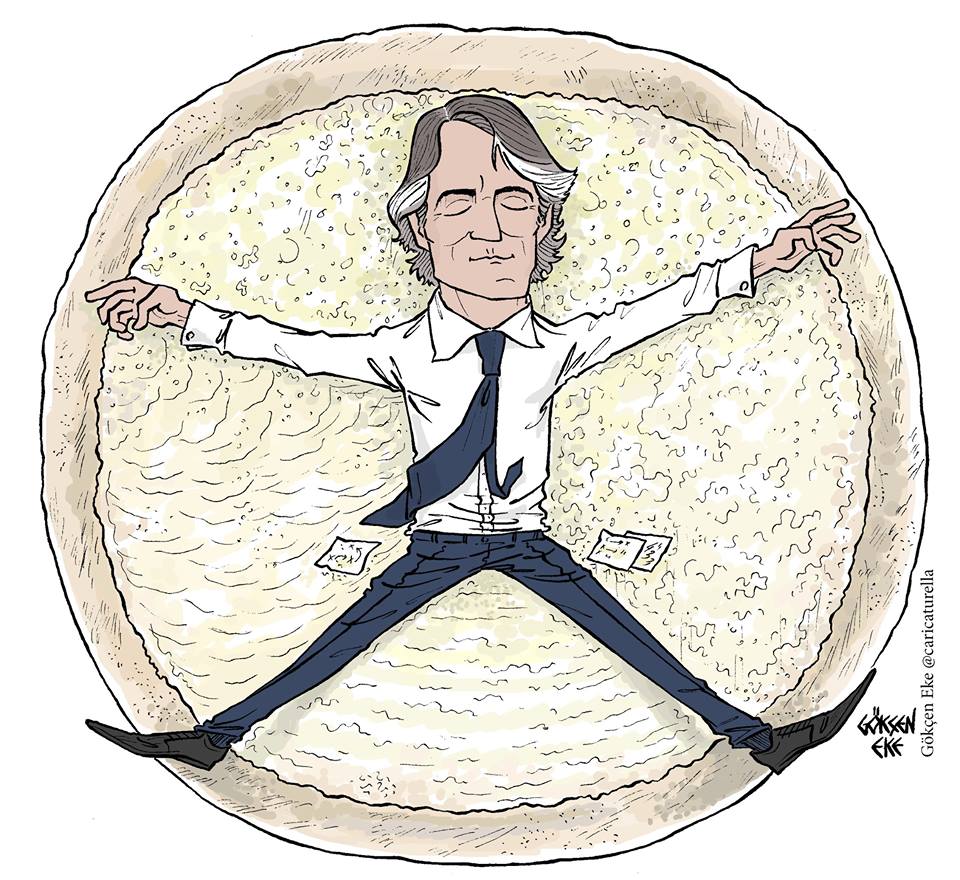 How did it happen that you moved to Padua? How do you find Italy (the people, work, food, etc.)?

I have loved Italy since I was a child. Everything started at the age of 8 with the Italia 90s World Cup and then it turned into a passion when I realized that Italy is one of the leading countries in art and design. I visited Italy several times and I have always wanted to live in this country. Finally my biggest dream came true last year when, with my wife, we decided to move to Italy. Before moving here I was working with several contacts in Italy and I found a chance to work with them directly. My wife is now working as a post-doctoral researcher at the University of Padua. As I observed, Italian people have their own style and a good sense of humor. They are cheerful, respectful and helpful. During our settling period in Padua,  lots of people helped us with bureaucratic procedures and daily life although they didn’t know us. I love Italian food. Pizza, pasta, wine and coffee are delicious and famous all around the world. Although I generally heard and saw that work progress is slow in Italy I’d prefer to finish a task even if takes a long time rather than doing less in a short time.

Were Italian language and Italian habits easy for you to learn? Do you find them unusual?

I visited Italy several times and I was always following the updates about Italy when I was living in Istanbul. So I am familiar with Italian habits. As far as the language goes, I really like Italian and before coming here, 3-4 years ago, I attended some courses in Istanbul. However practice is the most important thing in learning a language.  Now reading or writing has become relatively simpler for me, but speaking fluently needs more practice. Listening is also a part of it. I generally listen to Radio Italia and I watch the matches and films in Italian.

How many years have you been drawing? What were your beginnings?

I started drawing when I was 2 years old. My parents first realized my talent in drawing and they encouraged me to draw more and participate in competitions. At the age of 9, I won a cartoon competition. Later on, my interest in cartoon grew and it became an important part of my life. I opened many exhibitions, participated in many competitions, won many prizes and drew thousands of cartoons up to now.

You have already published 4 cartoon books. What they are about and who are they for?

Are you a big football fan? Is sport the main theme of your drawings and cartoons?

I am a very big fan of football. I support Inter and I am a member of Inter Club. However I always consider my work and being a football fan as two different things. In my job I always try to be objective, I respect all teams and clubs. Although recently I draw football scenes, I never limit myself to one topic. 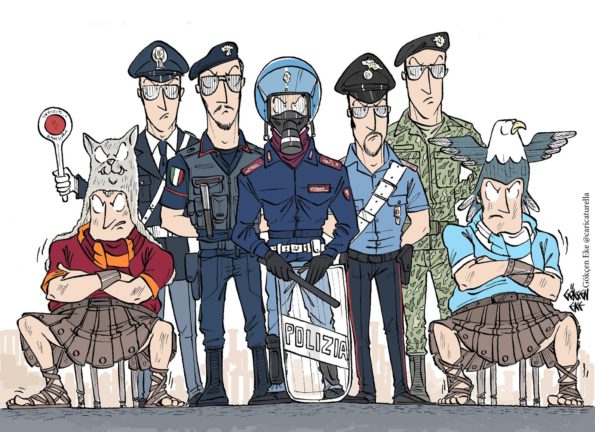 Football themes: We started Seria A; Modern football; Derby of the Capital

Do you sometimes miss your country? What is magical, or different about Turkey?

To be honest I don’t miss Turkey except my family and friends. They have already visited us in Italy. I have lived in Istanbul for 15 years, however, living and working there was heavy. It is a very crowded and chaotic city. You can’t live your own life; you always have to be on the go. Depending on my availability, I still continue working freelance with several brands and people in Turkey. In the past Istanbul was a magical city with its unique history and several historical artifacts. However, in time, the beautiful texture of Istanbul was greatly damaged. If the texture of Istanbul was protected as in Italy I would say more about it. As  an artist it was very hard to live in the city whose nature, history, art and life conditions worsen with each passing day. Although its nature and history were damaged a lot, there is still much cultural wealth too see in the Aegean, Mediterranean and Black Sea Regions and, of course, in Anatolia in Turkey.

Presently, after many publications and awards, you can call yourself a mature artist. What is your next goal?

My next goal is to work for an Italian newspaper or magazine as a designer or illustrator. This has always been my biggest dream.

At the moment you are a cartoonist. Who are some famous people illustrated by you?

Would you comment the shooting in Charlie Hebdo, the satirical French newspaper? Did it touch you personally?

I felt sorry for Charlie Hebdo after the shooting. My style in drawing is really different from them. I can’t comment on their style: whether it was good or bad. However, for humanity I can say that everyone has his own way of thinking, feeling and his own sense of liberty. People generally argue with different opinions and try to put across their own ideas.  Although they are many conflicts, no one has right to kill other people unmercifully.

In the near future, are you going to deal with political or religious caricatures? If not, why?

One can draw everything in life. Caricature doesn’t have to be comical. Caricature has its own deep philosophy. Religion and politics are the two delicate subjects and a part of our lives. In order to interpret and draw these subjects it is necessary to have adequate knowledge and be interested in them. For now in my cartoons I concentrated more on football and daily life, however, my interests may diverge to other subject in the forthcoming years. 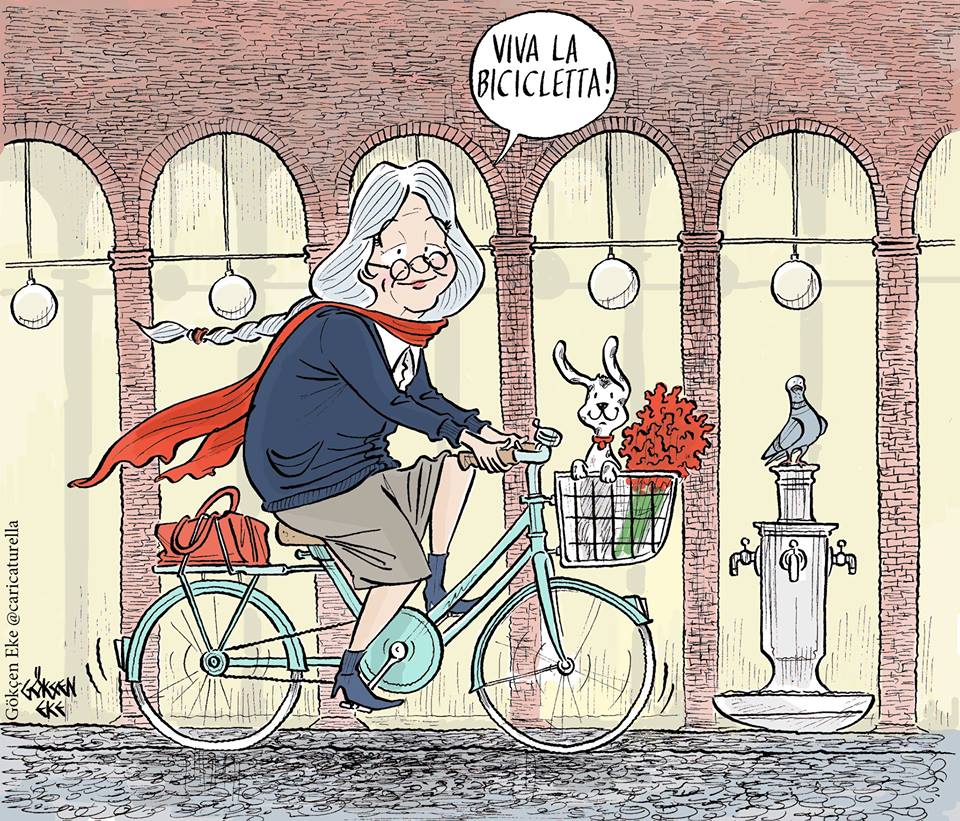 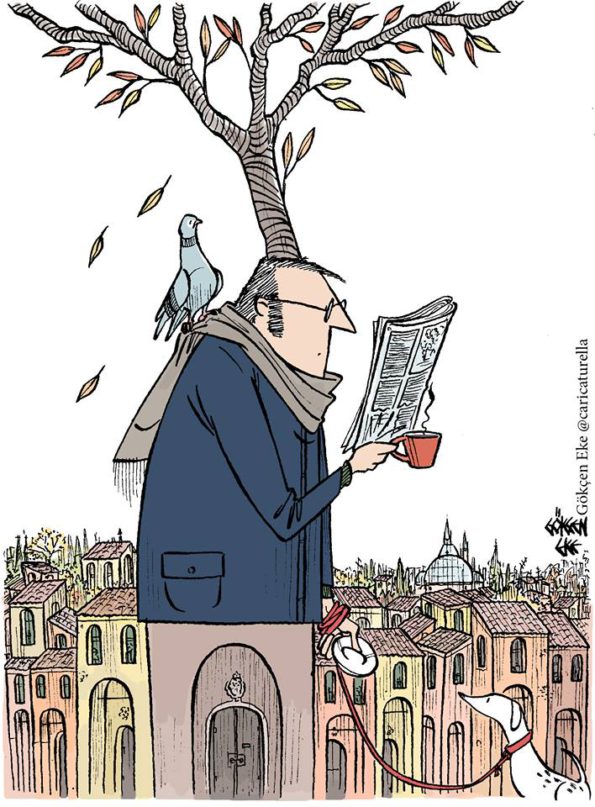 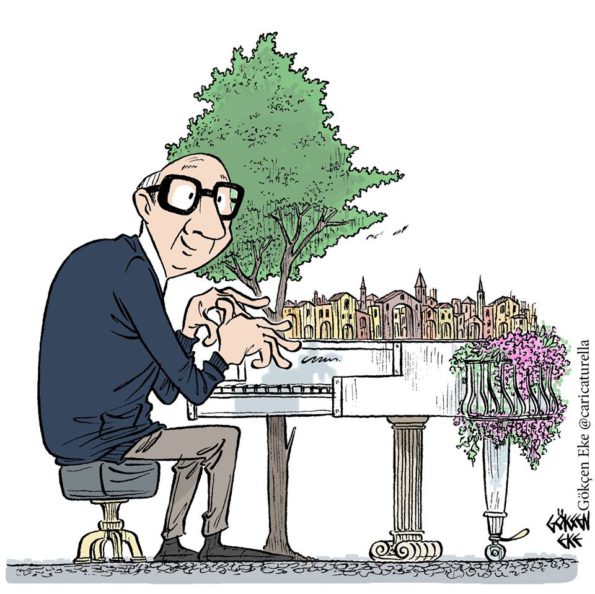 The city of Padua: Feasts of the Bicycles; The City I Belong to; The Beautiful City 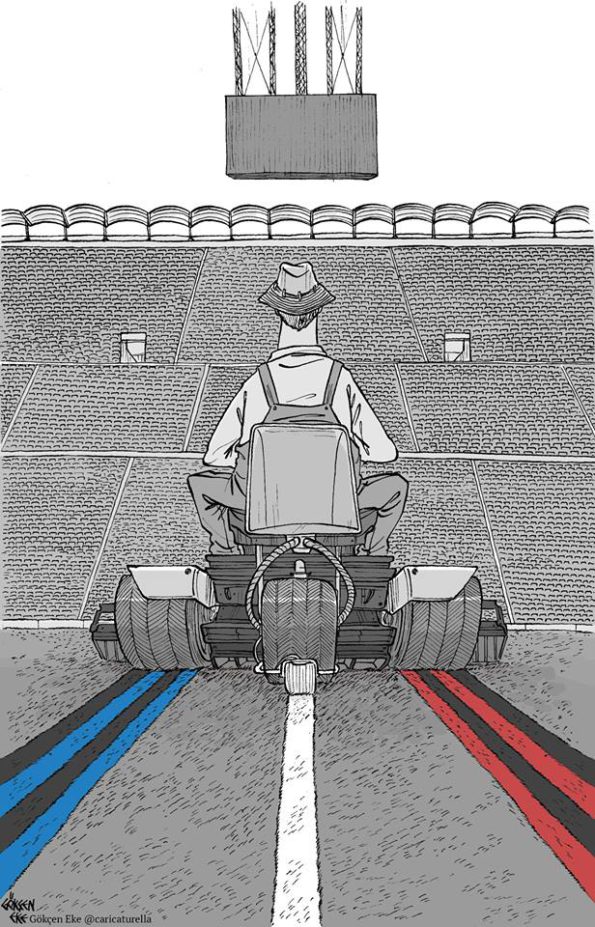