Talking about who Richard Blanshard is it’s not easy at all. Born in The UK from French mother, is based in London but always travelling between his country and locationa around the World. During his long artistic career (“Mission Impossible”, “Little Buddha”) He was and still is mainly famous for being director of photography, producer, director, musician, writer his connection with photography is very interesting and worth to telling. Richard started to use a still camara when He was about 6 years old. This passion turned into a real job when, first, He started working in Tv shooting on big shows and on to feature films such as “Star wars”, “The Empire”, “Strikes back”, “Dark Crystal”, Bond films and other and he became an official Cannes Festival photographer in years 1975-1995. Richard answered my questions directly from Kazakhstan. He was there shooting a new documentary film “Sow The Wind”, a cruel story how the Soviets used this country for their nuclear experiments between 1949-1990. In exclusive for JL Magazine he shows his Cannes Festival & movies portraits collection that represents the most famous cinema and show business faces of the last 30 years in the best moment of their careers. You can see here young Naomi Campbell, Sylvester Stallone, Patrick Swayze, Arnold Schwarzenegger, Mick Jagger and many many more. 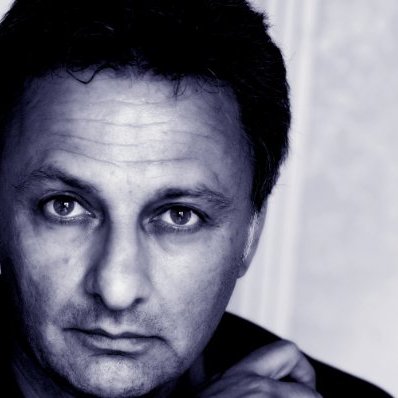 Photography is one of your numerous jobs and your passion. What was first, the photography or film making? How one influenced another?

Well, I started to use a still camera when I was about 6 years old. My father had a pharmacy and we used to develop films and then I began to shoot 8mm films when I was about 11. My first job was in the motion picture department of Kodak where I was trained and first touched a movie footage. Then I went back to still photography as an assistant and working in the darkrooms printing photographs.

You had occasion to photograph many famous people, mainly Hollywood actors. What portrait of whom do you remember in a particular way and why?

Every picture has a story behind it so it’s hard to pick out one. Maybe the poster shoot for the “British Gangster” film The Krays was interesting. I was asked to photograph the Kemp brothers from Spandau ballet who were both first time movie actors. They asked me to recreate the 60’s look. I styled them and shot the session, I also shot a super 8mm film. They took these images to the Cannes Film Festival and the little movie and that enabled them to finance the movie. I then shot all the still photography on the movie which I won a number of awards for. The funny thing was that the image that they ended up using for the movie poster was the one that I had shot almost 2 years before the film was made.

What is your vision of photography? What is important to take a good photo portrait?

Photography is about storytelling and capturing the moment and also making people comfortable to achieve what you need without them even knowing. Obviously there is technical stuff also but you can still get an extraordinary moment on the smallest cameras

Can you tell some anecdotes of the famous people you shot and met in Cannes?

I was looking after Sylvester Stallone and I was shooting at the hotel Du Cap. He said He wanted to walk from one end of Cannes to the other. I said I would give it 2 minutes before the people would go crazy. They love him in France. He got out of the car in front of the Carlton Hotel and people went crazy. It was dangerous. He had to stand on top of the car as He couldn’t go anywhere. We had to get him through the Carlton into the kitchens and then out of the back of the hotel. I had a shot of this.

During the last film with Anthiny Hopkins you made you also took an amazing movie shots from the set. Can you tell more about that movie?

The Anthony Hopkins shot was from a Tv mini series called “To be the best”. Anthony hates having his photograph taken. We were shooting in England first and every time I said: “we need to do a photosession”, He said: “yes, we will do it later”. We than went to Hong Kong to film, and I kept asking him and He kept putting me off. On the last day of the shoot I built a studio in the penthouse of the hotel we were filming in. He could not escape this time so He walked in and sat down. I took a light reading and the flash went off He stood up and said: “Thank you very much” and began to walk away. I said: “Anthony I haven’t taken a photo yet”. So reluctantly He sat down and we did a session.