Ajay Chitnis is the MD of Tapasya Productions and renowned filmmaker. He is actively producing and directing documentaries on famous personalities and businessmen across the country. In the past few years Chitnis has been at the forefront of film making with more than 70 documentaries on various subjects. He has also produced a number of music videos and film commercials. He is the director and producer of the talk show Trail Blazers, which documents inspiring stories of various individuals who succeeded in life despite facing severe hardships. Charismatic Indian director has done his schooling and college in various parts of India, primarily in the states of Maharashtra, Karnataka and M.P. His impressive work ethic and passion for filmaking helped him win various accolades. He has produced and directed a music video “Dama dum Mast Kalandar” for Times Music and produced five commercials for a leading diamond brand. Chitnis has his primary target set on direction of documentaries. His current venture on successful entrepreneurs from all over the country has been admirably received by the TV audience. His documentaries have had the honor of being shown on various leading tv channels such as Zee Business, Headlines Today. Some of his recognizable work in producing and directing of documentaries can be associated with the name of Ram Jethmalani, one of the top lawyers in India and Dr Neelkanthrao Kalyani, esteemed and charismatic founder of Bharat Forge. Ajay’s documentary on the Trident group, a business conglomerate, spearheaded by famous Industrialist and businessman Rajendra Gupta, which was broadcast on Zee Business, has been greatly appreciated. Chitnis has been involved in the production and direction of a documentary based on the Shree SantKripa Appliances and has also featured Puran Dawar, a chairman of Dawar shoes, in his many undertakings. We can say that Ajay Chitnis is a dynamic man who strives to push the boundaries of filmaking beyond the contemporary edges. His goals for successful direction and manifesting the different personalities of the people he documents in his films is what makes him stand out as producer and director. 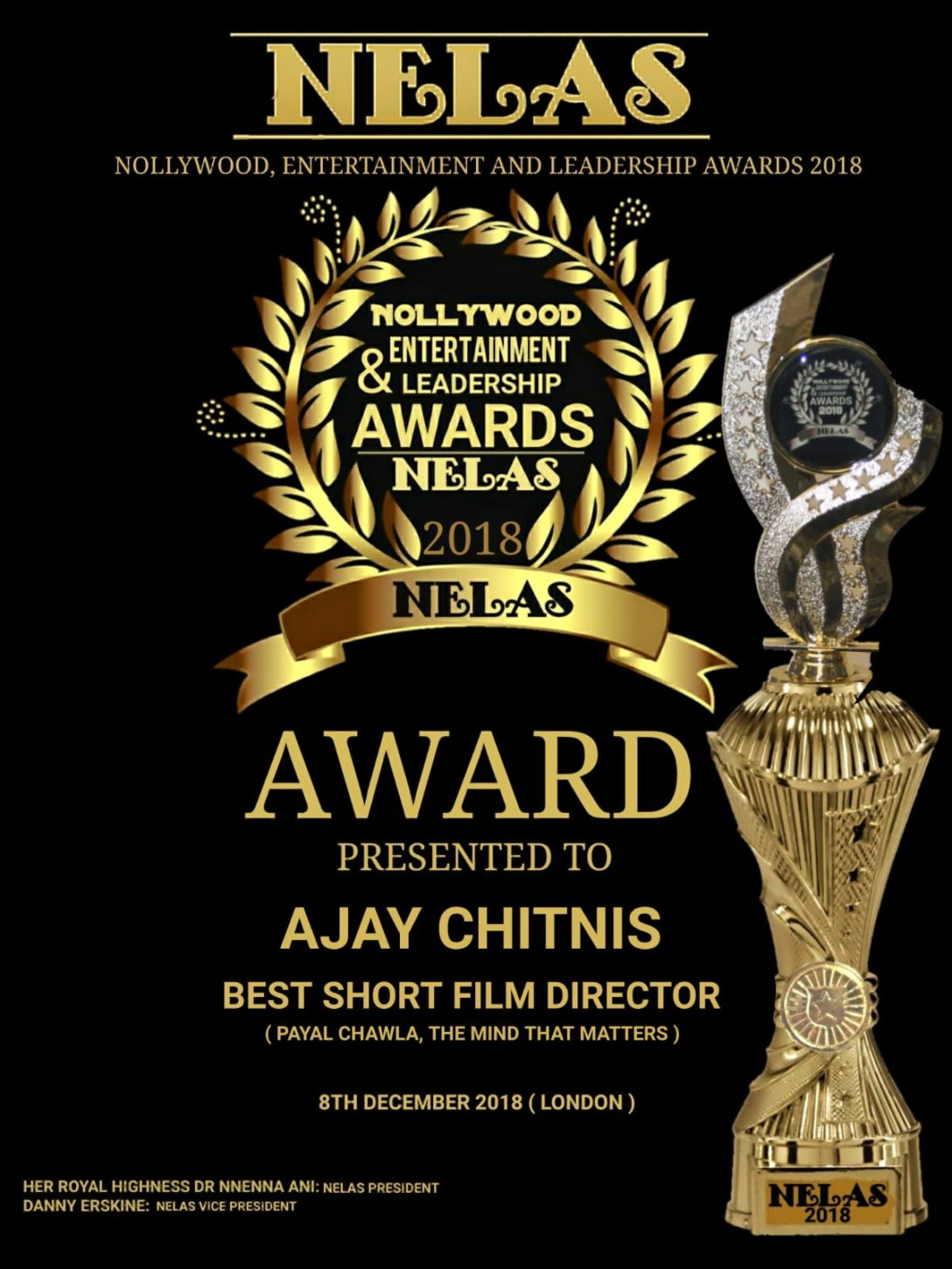 “As a filmmaker I wanted to show Payal Chawla triumph despite the odds which incidentally were remarkable . Also, Payal’s reluctance to talk in front of the camera about the details of her story, made my work harder. It’s remarkable how similar stories of women around the world remain the same. I wish to showcase my film on different platforms. I would also like to share my film and work with all the world so people could get an idea of my work”,  Ajay said to JL Interviews. “During my work, I came across the story of Payal Chawla who fought a leading American multinational in quite a public battle at the highest court in India, on pregnancy and young mother-hood discrimination. Although, she lost the litigation, I found fascinating that a woman who is so highly educated (a Masters degree in Law  at the celebrated University of Chicago) could have suffered blatant harassment at the hands of her employer. Amazingly, her entire case is documented in detailed letters, which I’m sure you will understand, is very rare in case of gender bias”. The Documentary on Gender bias titled Payal Chawla “ The Mind that Matters” is the story full of intrigue and anguish in equal measure. The narrative flagrantly showcases one of the most ingenious minds of India faced slander and ridicule owing to the primitive mindset regarding women and pregnancy. It was only after her marriage that she realised the horrors of discrimination women face due to pregnancy. Despite the many lows she had faced in her life, the flame inside her never extinguished and she went on to become a top notch lawyer in India. This documentary was critically acclaimed “Pan India” and won the following awards: Best Film – Women issues, 6th Delhi Shorts International Film Festival, Best Director- 6th Bangalore Shorts Film Festival, Best Film – Women Empowerment, 5th Kolkata- Shorts International Film Festival, Honourable Jury mention – 7th Dada Saheb Phalke  Film Festival, Special Festival mention – 4th Noida International Film Festival, Honourable Jury mention – Indian Film Festival. “This Documentary has given me immense joy, solace and creative satisfaction. I’ve no hesitation to mention that this subject is very close to my heart”. Lastly the film was screened in Delhi and the director is planning now to showcase it in Europe depending on the lockdown.